Faith and science, Genesis' creation story vs. theory of evolution — is it possible for Christians to embrace and believe in both?

May 25 marks the anniversary of the indictment of John Scopes, a science teacher in Tennessee, who was put on trial for teaching Charles Darwin's theory of evolution. The famous 1925 trial was a lightning rod that pitted religion against science. That flame still burns hot today.

Louisiana legislators are fighting to repeal the Louisiana Science Education Act passed in 2008, which allows the introduction of non-scientific material into school curriculums. Hundreds of students and professors, including more than 40 Nobel Laureates, have signed petitions and resolutions in support of the repeal.

In the beginning, God created order out of chaos. Every branch of science starts with the hypothesis that the universe is lawful and orderly. So why is there so much chaos in the minds of so many about how the world was formed?

"The concept of biological evolution is the fundamental cornerstone - the glue, so to speak — that binds together the biological sciences," said Al Kuelling, a member of First Wayne Street United Methodist Church, Fort Wayne, Ind. "Evolution is also practically important for things held dear to religion. Humans use evolution daily to understand disease, create pharmaceuticals, increase agricultural yields and much more."

Delegates to The United Methodist Church's 2008 General Conference, the denomination's top lawmaking body, passed three petitions clarifying the denominational position regarding evolution. Kuelling, who retired from a career in physics, wrote two of the petitions.

The addition made to ¶160 F of the Social Principles states in part: "We find science's descriptions of cosmological, geological, and biological evolution are not in conflict with theology." The Book of Resolutions 2008 includes two resolutions that address the topic: God's Creation and the Church, and Evolution and Intelligent Design. 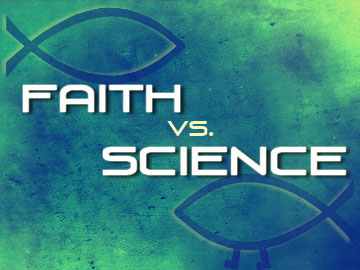 A UMNS illustration by Cindy Caldwell.

God's Creation and the Church endorses The Clergy Letter Project, which has been signed by 12,722 people of faith from many denominations and provides resources for churches. Several United Methodist clergy and laity have joined the project and have posted sermons.

One of the contributors to the sermons on the site is the Rev. Philip W. Compton, pastor of Rinehart United Methodist Church in Mount Victory, Ohio. He is a retired university professor of psychology. His sermon, The Four Words of Advent, states a belief in God is not incompatible with believing scientific assumptions.

Many United Methodists agree that the study of evolution can be complementary with Christian faith.

"The church in the last 2,000 years has felt the need to rigidly 'defend' narrow propositions as the only truth - ignoring that Jesus himself taught by the use of parables and of asking questions," said the Rev. Paul J. Kottke, pastor at University Park United Methodist Church, Denver. "In order for the church to serve a healing and empowering role in the 21st century, we must let go of the arrogance that only the church speaks for God."

Peace, poverty and the planet

Minnesota Area Bishop Sally Dyck and Sarah Ehrman have co-authored "A Hopeful Earth: Faith, Science, and the Message of Jesus." Dyck writes in the introduction that the idea of the book began when Ehrman, her niece and a high school science teacher, asked her what The United Methodist Church was doing about the environment.

After many conversations, Dyck concluded, "It is a critical time for the church to take a lead in addressing the issues and the connections between peace, poverty and the planet."

The book is offered as "a bridge between the scientific world and the faith community," she said.

To focus on whether God or science created life is to miss the point, Ehrman said.

"To ostracize a group of people as large as those that are science-minded because there are disagreements on a variety of topics is damaging to the science and faith community. To exclude those from the table who are different, or believe differently, does not seem Christlike to me. I think that the balance between the two groups can lead to better decision-making ... decisions that are more research-based but ethically and morally considered as well," she said.

"God gave us wisdom and the ability to use this wisdom to both create and destroy," said Tony Mitchell, a certified lay speaker with a Ph.D. in science education, and a member of Grace United Methodist Church, Newburgh, N.Y. "I don't see how anyone can know the difference (or for that matter, the difference between good and evil) without both a foundation in science and faith.

"The most difficult challenge that anyone has is to see how their own faith plays out in the face of conflicts," he said.

"I believe that what we do with our lives, who we influence, and the ways we make the world a better and more loving place are where we should focus our attention. I assume that God is more concerned with what I do with my life than what I think of the creation of man."

It's time for people of faith to accept evolution

Commentary: The Faith-Science Collision on Campus

Science vs. religion is not an 'either/or' issue

A Hopeful Earth: Faith, Science, and the Message of Jesus