As the U.S. Congress and President Obama wrangle over the federal budget and debt ceiling, religious leaders are worrying about the individuals and communities on the losing end of the battle.

It's impossible for churches and other religious institutions to compensate for the depth of budget cuts being proposed, said the Rev. Gradye Parsons, stated clerk, or chief administrator, of the Presbyterian Church (U.S.A.).

"In the Protestant community, we've been in the charity business from day one," Parsons acknowledged. "But we cannot alone fill in the gap that will be left if the social safety net is taken away."

He was among a panel of leaders representing the Christian, Jewish and Muslim faiths who spoke about their concerns over the U.S. budget negotiations during a July 14 conference call.

The briefing was billed as "the kickoff" to an 18-month campaign by the faith community - including daily prayer vigils near the U.S. Capitol building during the budget negotiations - to persuade the Obama administration and Congress to maintain a strong commitment to domestic and international poverty programs.

Talks between the president and congressional negotiators over increasing the $14.3 trillion debt ceiling and reaching a comprehensive deficit reduction deal have stalled.

The call's purpose was to tell the politicians "to get down to some serious business" as well as demand compassion and commitment "to those who have suffered longest," said J. Herbert Nelson, director of public witness, Presbyterian Church (U.S.A.), and the panel moderator.

"Budgets are not simply tools to play power games," he declared. "The budget represents the conscience of our country." 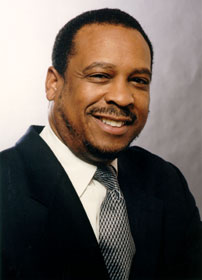 The Rev. John McCullough, a United Methodist pastor and executive director of Church World Service, agreed that the current budget debate is "deeply disappointing and disturbing."

He finds it "unacceptable" that people are more economically vulnerable than ever, even after "three generations of Americans have worked hard to change the equation for the poor."

Concern — not just for the poor but for the moral character of the country — was the overriding theme of the briefing. Sayyid M. Syeed of the Islamic Society of North America pointed out that he was being faithful to his own tradition by talking about the devastating impact the budget cuts could have. "We hope our leaders will understand there is no other alternative than the budget be just and equitable," he said.

Those working at the local level already have seen firsthand the effects of the economic downturn on both the poor and middle class, noted Sister Mary Hughes, a Dominican nun and president of the Leadership Conference of Women Religious.

"We are unable to keep food pantries sufficiently stocked," she explained. "It is a new reality in parishes and churches that serve those who might be described as middle class. Those who once helped to stock those pantries now need their services."

Rabbi Steve Gutow, president, Jewish Council for Public Affairs, said his organization is particularly concerned about proposed cuts to the already small block grants to states for Medicaid. "We can't allow the poor to suffer, particularly when it comes to illness," he said.

Proposed budget cuts of as much as 30 percent to international humanitarian aid also have "life and death consequences" for millions around the world, McCullough pointed out.

Because such aid is less than 1percent of the budget, the cuts would have little impact on the deficit. But, the impact from a drastic reduction of international assistance would range from millions more going hungry to more children dying of treatable disease to shaky political security in economically fragile nations, he said.

Individual members of churches, temples and mosques can begin to address the call for a fair and just budget by telling the stories of their own economic woes, the leaders said. They also can express their faith commitment to the poor by writing or calling their Congressional representatives.

"It's time for people of faith to step up and say, 'We as Americans can do better,'" said the Rev. Peg Chamberlin, president of the National Council of Churches. "We must commit as a nation to a moral and economically just budget."

Focus of debt talks to narrow