John Archibald was able to ask his late father an important question, thanks to a half-century of sermons stored in his basement.

The question: “What were you saying from your pulpit in these really critical times?”

The “critical times” were the years of the 1960s civil rights movement.

“I had been thinking a lot about silence and the need to stand up and talk about things that are important to you,” said Archibald, a Pulitzer Prize-winning columnist at The Birmingham News in Alabama and member of Highlands United Methodist Church there.

“It’s not that he said anything that was bad, but the omissions were loud.” 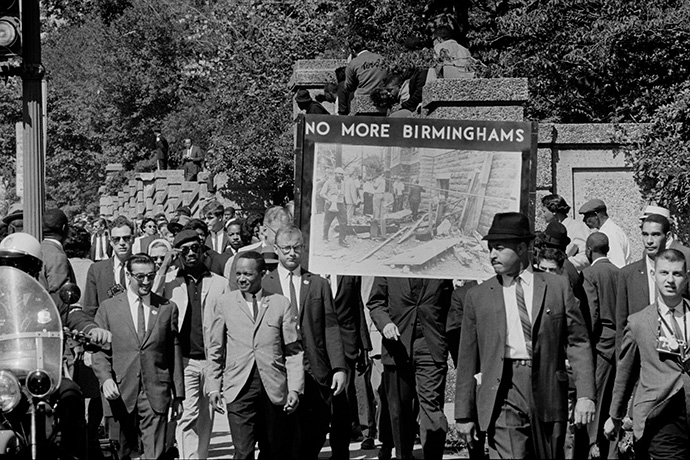 People march in memory of the four girls killed in the bombing of the 16th Street Baptist Church in Birmingham, Ala. The march was sponsored by the Congress of Racial Equality and was held in Washington, D.C., in 1963. Photo by Thomas J. O'Halloran, U.S. News and World Report Magazine Photograph Collection/Library of Congress.

In his new book, “Shaking the Gates of Hell," which will be released March 9, Archibald ponders the legacy of his father, the Rev. Robert L. Archibald Jr., who died in 2013 and was the son and grandson of Methodist pastors. It combines memoirs of John Archibald’s happy childhood in Alabama surrounded by the comforts of The United Methodist Church with meditations about whether his dad did enough to confront racism.

On one hand, Archibald remembers his father as a respected pastor and role model who did a stellar job of raising him and his siblings. On the other, it’s become clear to the son that his father avoided the difficulties that would have resulted had he been outspoken about civil rights. 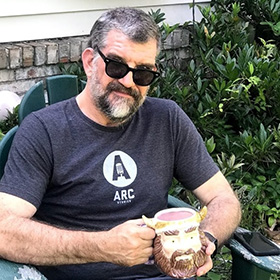 Archibald cites a quote from the Rev. Martin Luther King Jr. from “Letter from Birmingham Jail”: “There can be no deep disappointment where there is not deep love.”

“When I struggle with my dad in church, it is in that vein,” Archibald said. “Everything I know about forgiveness came from The Methodist Church. … I think it’s the most important influence in my life, and remains so.”

Other Methodist pastors put themselves on the line for civil rights, and paid a price for it.

“In Mississippi, there were 28 ministers in 1963 who put out a statement in the Mississippi Methodist Advocate, basically saying we need to make sure we don’t kill off our public schools because of fear of integration,” said Peter Murray, McLean Professor of History at Methodist University in Fayetteville, North Carolina.

“Most of them lost their ministry or left the state.”

Murray’s father, the Rev. John D. Murray, faced a career setback after helping pass a resolution at the 1955 South Carolina Annual Conference, Peter Murray said. The resolution decried retribution against people supporting civil rights, some of whom were in danger of being fired by their segregationist employers.

“When word got back that my dad was the co-author of this resolution, the official board of the churches in his charge basically said, ‘We want nothing to do with him.’”

The Rev. Murray was appointed to an impoverished parish; his career never recovered.

“For a lot of his friends in the ministry, they felt guilty about what had happened,” Peter Murray said. “Or, shall we say … this was a lesson to them.” 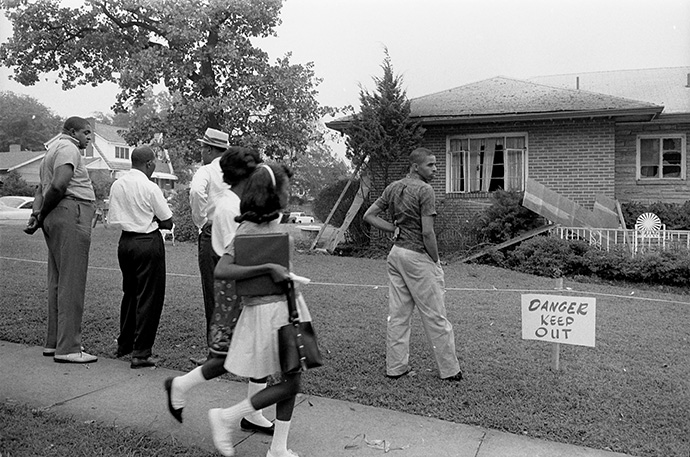 African Americans view the bomb-damaged home of Arthur Shores, an attorney for the NAACP, in Birmingham, Ala., in 1963. Photo by Marion S. Trikosko, U.S. News and World Report Magazine Photograph Collection/Library of Congress.

Some preachers were subject to violence or had crosses burned on their lawns for their positions on race, Archibald said.

The Rev. Archibald was not a racist, his son said.

“He worked hard to integrate my Cub Scout troop, to work with African American ministers, to bring people together in unity,” Archibald said.

“He would make sure that I went to integrated public schools as soon as that was possible. … Everybody knew where he stood, which is why the absence of that language in church came to bother me.”

The Children’s Crusade in May 1963, where hundreds of Birmingham, Alabama, school students marched downtown in favor of Black rights and had fire hoses and police dogs used to repel them, is an example of his father’s timidity on race issues, John Archibald said.

“No mention of it,” Archibald said of his father’s sermon that Sunday. “A mention of trouble in faraway lands, but not troubles at home. Parables. 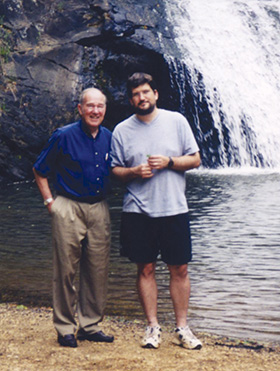 “It said what needed to be said but did not say it in specific ways,” he said. “There was disappointment there.”

Some of the Rev. Archibald’s peers told John Archibald that his father held back on statements about civil rights to protect his family.

“You know how The Methodist Church works,” Archibald said. “If you want to go to a bigger church with a bigger paycheck, more prestige, particularly in those days, you had to do that or you were put on the list of preachers that weren’t wanted.”

The Rev. Archibald also was hesitant to boldly speak out about gay rights when it could have helped, said his son. John Archibald has a gay brother, and says their father was fine with it.

“You can hear his sermons from the 1980s and miss many of the steps toward gay and lesbian rights,” John Archibald said in the book.

This issue caused John Archibald himself to have a crisis with Methodism in 2019 when the church voted to strengthen bans on gay clergy and same-sex marriage. In a column, he responded by announcing his departure from the church.

Though he has returned to the church, he is less active now.

“It was in the heat of the moment,” he said of the column. “I meant it at the time.”

But he’s glad he spoke up loudly and specifically on the issue.

“It is hard to speak up, even the best people among us,” Archibald said. “Everybody in every place in the world, whether they have a pulpit of their own, whether it’s religious or otherwise, whether it’s big or whether it’s small, whether it’s just the people around their Thanksgiving table, we have the responsibility to speak up for other people for justice, for righteousness.”

And the cross is a lifestyle. Retired pastor sums up his essential lessons while looking back on 97 years.
Local Church

Leaders of the largest church in the North Georgia Conference say their pastor’s appointment process was mishandled. The bishop gives a different account.