Clergy who come across good sermon material have been known to exclaim, “That’ll preach!”

The Rev. Bob Long found worthy fodder for not one but five sermons — his entire 2020 Advent and Christmas Eve series — in “Hello Darkness, My Old Friend,” the recent memoir of a blind philanthropist named Sanford D. “Sandy” Greenberg.

Long’s “Light of the World” sermon series proved a hit with his church, 8,000-member St. Luke’s United Methodist in Oklahoma City. And it gave Long a new friend: Greenberg himself, who got in touch from Washington, after learning that he was being preached about in Oklahoma City. 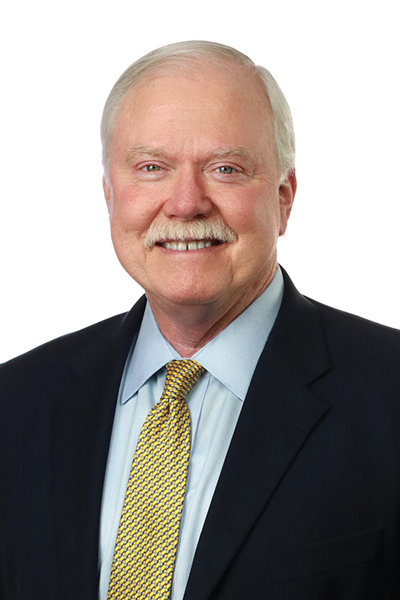 “I looked down at some emails and I saw one that said, ‘Sanford Greenberg,’” Long recalled. “I thought, ‘What in the world? Who would be sending me this?’ I never imagined it would actually be Sandy.”

Greenberg, 80, grew up in a struggling Jewish immigrant family in Buffalo, New York. He won a full scholarship to Columbia University, where he roomed with Art Garfunkel, soon to win fame (and Grammys) with Simon & Garfunkel.

In 1960, their junior year, Greenberg’s eyesight began to fail. He was misdiagnosed twice. A third specialist finally determined he had advanced glaucoma. That doctor operated but could only save Greenberg’s eyeballs — not his vision.

As he lay in a hospital recovering from surgery, Greenberg felt despair. But he also made what he calls in his book a “deal with God.” He asked for strength to carry on and promised in return to do what he could over the rest of his life to combat blindness, so others wouldn’t have to suffer.

Garfunkel played a key role in persuading Greenberg to return to Columbia, promising to lead him to classes and read assignments to him.

Greenberg would graduate Phi Beta Kappa. He went on to be a Marshall Scholar at Oxford, to earn an M.A. and Ph.D. from Harvard, to serve as a White House Fellow in the Johnson administration, and to have a long, flourishing career as an inventor, entrepreneur, investor and member of high-level federal boards.

He has kept the faith in fighting blindness, which affects nearly 40 million people worldwide. 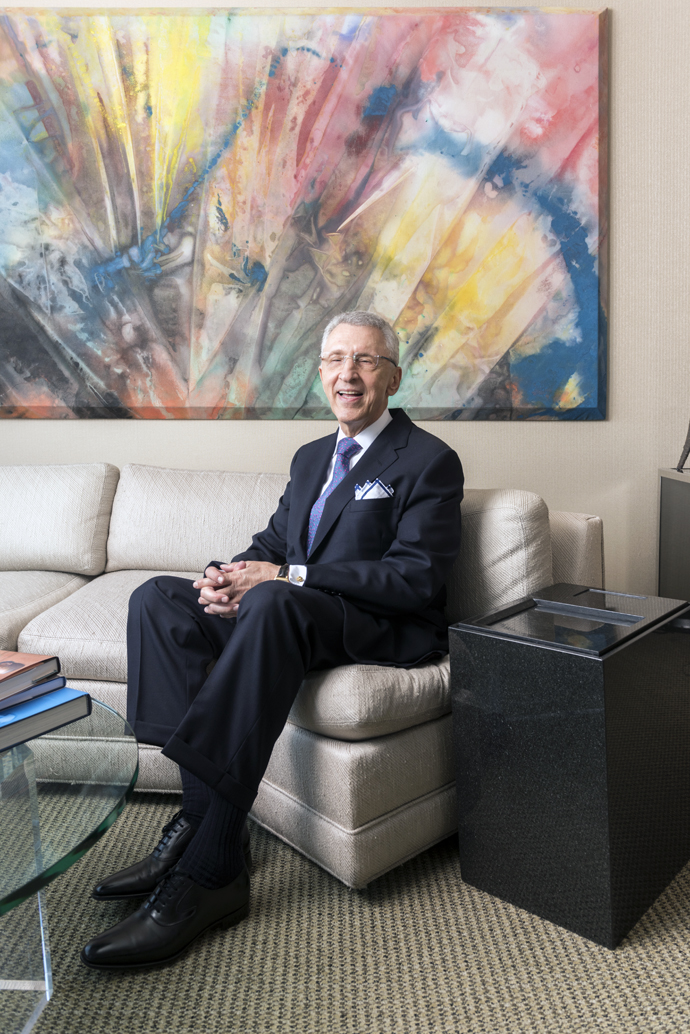 Greenberg chairs the board of the Wilmer Eye Institute, at Johns Hopkins University. In 2012, he and his wife, Sue, created End Blindness by 2020, a campaign and prize of $3 million for researchers who were doing the most to help fulfill Greenberg’s hospital bed vow.

The awards were given in a virtual ceremony in December.

Last summer saw the publication of Greenberg’s “Hello Darkness, My Old Friend,” whose title comes from the opening of Simon & Garfunkel’s song “The Sounds of Silence.” Garfunkel wrote the introduction to Greenberg’s book, calling his former roommate “my gold standard of decency.” 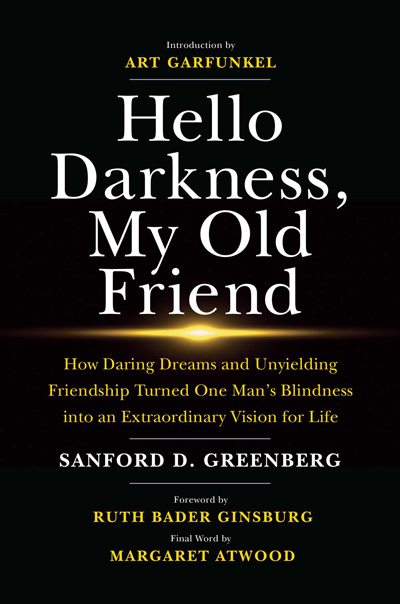 Endorsements came as well from author Margaret Atwood and from Justice Ruth Bader Ginsburg, the Greenbergs’ neighbor for decades at the Watergate complex before her death last September.

A friend recommended the book to Bob Long, who read it in two days. He knew it would preach. And he figured Sanford Greenberg’s example would lift his congregation’s spirits during a pandemic with soaring case numbers that had forced a return to online worship only during Advent and Christmas.

Long, completing his 30th year as St. Luke’s pastor, found himself getting much-needed inspiration as he read “Hello Darkness, My Old Friend.”

“It really was a story of a man who would experience tragedy, and yet he did not let that tragedy define his life,” Long said. “It was speaking to my soul as well as giving me lots of great material.”

The pastor embedded stories from the Greenberg book in his Advent and Christmas Eve sermons.

One is the memorable account of Garfunkel leading Greenberg on a trip from Columbia to midtown Manhattan, many blocks away. Once there, Garfunkel announced he had to stay and draw the Seagram Building for an architecture class, leaving the fearful Greenberg to try to get back to campus alone.

An epic, harrowing journey ensued by foot and subway, with Greenberg bumping into people and even bloodying himself. But he made it back to Columbia, triumphant.

“And as he started to walk along, he ran into another person who said, ‘Excuse me,’” Long said in his retelling. “And then in his own voice, Art (Garfunkel) said, ‘I knew you could do it, but I wanted you to know you could do it.’ He confessed to Sandy he really didn’t have to draw the Seagram Building. No, he’d been with Sandy the whole time, watching over him.” 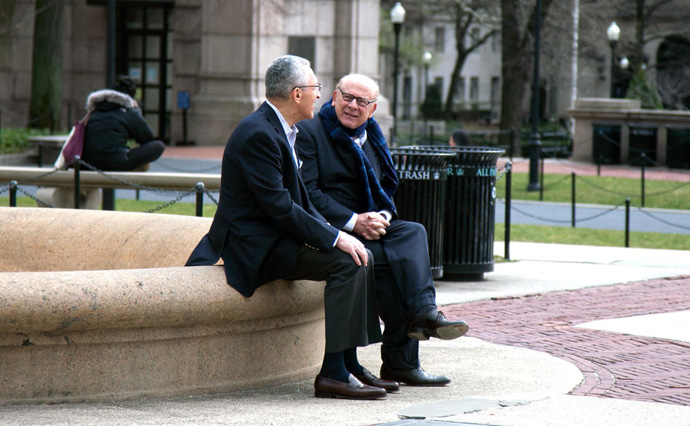 The theme of Greenberg’s overcoming darkness, through his own determination but also with the help of friends and family, struck Long as just right for Advent in a pandemic.

“We may be in the darkest of days right now, but we will see the light. For us, we’re seeing the light of Christ,” Long said of his sermon theme.

Long’s series drew increasing online viewership as the weeks passed, and the locally televised Christmas Eve service had an audience of about 25,000.

People went out of their way to tell him they appreciated the Greenberg stories.

“I got texts back from people saying, ‘Tonight we were putting up our Christmas tree and listening to Simon & Garfunkel,’” Long said.

Meanwhile, neighbors of Greenberg’s in Washington were in Oklahoma City on business and heard Long’s sermons. The couple got word to Greenberg, and he listened to them online.

Greenberg was amazed and moved at how the United Methodist pastor so thoroughly mastered and shared the stories.

“Not just one tear flowed from my eyes,” Greenberg said in a phone interview. “I have to tell you that it was unlike anything I have ever heard in my life, to have this man who did not know me talk about my life in a way that was so knowledgeable and compassionate.”

Greenberg, a practicing Jew, added that he was particularly touched to have his story be part of sermons offered in such a special season for Christians. And he felt he had to get word to Long.

So he dictated an email.

“I’m not one of those people who writes people I don’t know,” he said. “It’s just not my thing. But I was so stunned, appreciative, overwhelmed.”

Thus began an email correspondence that has continued and sparked a friendship.

Long sometimes leads small groups to Washington for tours of the Museum of the Bible, the United States Holocaust Memorial Museum and the National Museum of African American History and Culture.

When the pandemic lifts, he hopes to make another such trip and visit Greenberg, too.

The top executive of the agency advocating for women’s equality in the church reflects on how far they’ve come and what work still remains.
Evangelism

A donation from Crosspoint Church, a multi-campus United Methodist congregation in Northwest Florida, helped purchase bicycles and Bibles for more than 50 pastors in the Tunda District in Congo.
Disaster Relief