"As bishops chosen, consecrated and assigned by the Church, we declare once again our commitment to be faithful to this covenant we have made," the letter said."As the Council of Bishops we will uphold the Book of Discipline as established by General Conference."

The bishops' statement marked the first time the council as a body has addressed the pledges to bless same-sex unions signed this year by more than 1,000 United Methodist clergy across the United States. In the New York Annual (regional) Conference, 732 lay people also have signed "a covenant of conscience" in support of such unions.

The pledges, in turn, sparked a countermovement by other United Methodist clergy and lay people urging the bishops to make clear that they will enforce the Book of Discipline, the denomination's law book, on this issue. So far, more than 2,500 clergy and 11,500 laity in the United States have signed petitions to the bishops at www.faithfulumc.com.

"I hope that the statement from the (Council of Bishops) will underscore for the church that we recognize the deep division within the church and the U.S. culture regarding homosexuality," said Minnesota Area Bishop Sally Dyck. "People are hurting on all sides of this issue and not just in the church."

Dyck is the chair of the council's Unity Task Force, which drafted the letter that was later approved by the full council. Also on the task force are Bishops Minerva Carcaño, Peter Weaver and Mike Lowry, as well as retired Bishops Joseph Pennel Jr. and Daniel Arichea. Over the past three years, the group has met with the denomination's unofficial caucuses that represent varying views on homosexuality.

The letter from the bishops urges United Methodists to work together across the theological divide.

"As the church we're called to 'a more excellent way' of talking to and about each other, working through our differences, and loving one another in the midst of them," Dyck said, referencing 1 Corinthinians 12:31.

Since 1972, the topic of homosexuality has surfaced every four years at General Conference, the denomination's top lawmaking body. Delegates consistently have voted to keep theBook of Discipline's language identifying homosexuality as "incompatible with Christian teaching."

The Book of Discipline prohibits United Methodist churches from hosting and clergy from officiating at "ceremonies that celebrate homosexual unions."

Under church law, performing such ceremonies is a chargeable offense. A church jury, called a trial court, can choose a range of penalties if there is a conviction including defrocking, suspension or a lesser penalty. 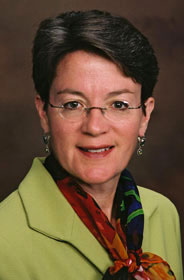 The denomination's teachings on homosexuality go beyond prohibitions and potential penalties.

The letter from the bishops also cites the Book of Discipline's Social Principles, which implores"families and churches not to reject or condemn lesbian and gay members and friends."

"We will continue to offer grace upon grace to all in the name of Christ," the letter said.

Dyck said the letter "clearly indicates that we will uphold the Discipline in regards to pastors who celebrate holy unions" and also calls upon the church to be "in ministry to all people."

"The whole church lives in that tension," she said.

The pledges to bless same-sex unions started at the Minnesota Annual Conference session, where 70 clergy signed a statement saying they would "offer the grace of the Church's blessing to any prepared couple desiring Christian marriage," including same-sex couples. Similar statements were subsequently signed by clergy in at least five other annual conferences, including New England, New York, Northern Illinois, Oregon-Idaho and Tennessee.

Those pledging said their statements take a stand against discrimination and extend ministry to all. However, to those signing the FaithfulUMC petitions, the statements flout church teaching and the clergy's ordination vows.

Even before the Council of Bishops released its statement, individual bishops - including Bishop Dyck and Chicago Area Bishop Hee-Soo Jung - publicly affirmed their commitment to enforce church law. The cabinet of the Minnesota Annual (regional) Conference in June filed a formal complaint against a retired elder and is investigating whether he violated the denomination's ban against performing same-sex unions.

Throughout this year, the denomination's long-time debate over homosexuality has been heating up with the approach of the 2012 General Conference in Tampa, Fla.

In June, the Rev. Amy DeLong in Wisconsin was convicted of performing a same-sex union and sentenced to a 20-day suspension as well as a yearlong process "to restore the broken clergy covenant relationship."

In February, 36 retired bishops called on the denomination to end its ban on the ordination of "self-avowed practicing" gay clergy.

"Even in the midst of our differences, we believe that we can together be about our mission to make disciples of Jesus Christ for the transformation of the world," the letter from the bishops said. "We invite all United Methodists, lay and clergy, to join us in strengthening our congregations unto greater vitality for the sake of our mission."