It’s hard to imagine a group more on board with “on-boarding” than the new bishops of The United Methodist Church’s Southeastern Jurisdiction.

They have embraced that corporate technique for getting a fast start in executive leadership through early, candid dialogue with the leadership team, assisted by an outside consultant.

Bishop Sue Haupert-Johnson of the North Georgia Conference is among those happy to testify to on-boarding’s value.

“It would have taken me months, probably years, to get to some of the issues without that intentional focus on where we are as an annual conference,” she said.

Bishop David Graves, elected with Haupert-Johnson last summer and appointed to lead the Alabama-West Florida Conference, made the same point with a spatial metaphor.

“It put me miles down the road,” he said.

All new United Methodist bishops get basic training from the Council of Bishops and the General Council on Finance Administration on legal matters, finances, polity and leadership.

But Bishop Bill McAlilly, president of the Southeastern Jurisdiction College of Bishops, wanted something more for the five bishops elected in July at the jurisdiction’s quadrennial conference in Lake Junaluska, North Carolina.

“We were focusing on how to prepare people for their first 90 days,” McAlilly said. 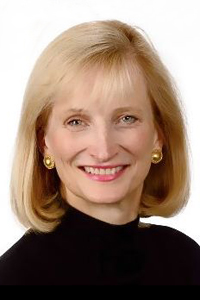 He turned to Claire Bowen, a corporate consultant and longtime member of Peachtree Road United Methodist Church in Atlanta.

She’d led on-boarding for years in corporate settings, and as a gift to her pastor, the Rev. Bill Britt, did the same training for a friend of his moving to a large church in the Tennessee Conference.

McAlilly observed how on-boarding helped that pastor, and got Bowen to work with a pastor moving to a church in the Memphis Conference. She’s also done the training for pastors in the North Georgia Conference.

As a first step, McAlilly hired Bowen do an orientation for the new bishops right after their election, before they even left Lake Junaluska. They met with experienced bishops of the jurisdiction, getting their advice. And they met with Bowen alone. Her work included a sample of on-boarding.

“That made them all want to do it,” Bowen said.

And not just the new bishops. Bishop Paul Leeland had been leader of the Alabama-West Florida Conference, but at the Lake Junaluska meeting got reassigned to the Western North Carolina Conference.

“I didn’t know the conference leadership,” he said. “They were getting a new bishop.”

Eager to hasten relationship-building in his new appointment, Leeland signed up for on-boarding, too.

From late August through early October, Bowen visited the five new bishops and Leeland in their conferences, leading them in a two-day process.

On the first afternoon, Bowen met with the leadership team (usually the extended cabinet) without the bishop in the room. She worked through a series of questions, recording the team members’ answers anonymously.

The questions included: What do we know about our new bishop? What do we wish we knew? How would we describe the conference’s DNA? What are our hopes and dreams for the church?

That session was followed by Bowen and the bishop meeting alone, to go over the answers. The next morning the bishop met with the full team, responding to the list of questions and answers, and eliciting discussion from the leadership team.

Bowen would sit in the back, taking notes, and sometimes giving a bishop a hand signal to talk less.

“They can get on a roll responding to things,” she said. “I like for it to be dialogue as much as possible.”

The training wrapped up with Bowen meeting again with the bishop, reviewing how things had gone and identifying key themes and matters to follow up on.

Same answer at the same time

“It was invaluable, I think, to have a third party work with a group so that they can really air their true feelings and concerns in a safe place,” she said.

Graves got questions on his level of commitment to diversity and how he planned to work with small membership churches.

“When I articulated that, everybody heard the same answer at the same time, and that’s important,” he said.

The orientation for new bishops of the Southeastern Jurisdiction included a lengthy list of suggested books. A sampling of the titles:

“The Power of Habit,” Charles Duhigg

“A Work of Heart,” Reggie McNeal

“Learning to Walk in the Dark,” Barbara Brown Taylor

The Rev. Terry Walton is superintendent of the North Georgia Conference’s Atlanta-Marietta District, and he went through on-boarding with Haupert-Johnson.

“It helped us to kind of hear her heart, her thoughts, her anxieties, her dreams,” he said.

Walton said an unexpected plus to the process was that the cabinet members also came to know one another much better.

A kind of on-boarding fever has gripped parts of the Southeastern Jurisdiction.

Graves has already extended the Bowen-led training to 25 large church pastors in his conference, and he’s not stopping there.

“I’m getting ready to do young clergy under 35, and then the next 25 large church pastors,” he said.

Haupert-Johnson also has scheduled on-boarding with clergy from top apportionment-paying churches, as well as with clergy under age 40.

“I do think a lot of times their insights and their vision and hopes and aspirations aren’t really formally entertained,” she said.

Walton, in his role as district superintendent, has gone through on-boarding with the pastors he supervises. Leeland has been using a scaled-down version of the process as he’s met with groups in the Western North Carolina Conference.

McAlilly said the veteran bishops of the jurisdiction “chipped in” to pay for the orientation. The costs shifted to the respective conferences for the on-boarding with the new bishops.

He wishes he had gone through that training after he was elected in 2012, and he’s hoping future new bishops will have the chance.

“I think it’s a great model, frankly, for the whole church,” McAlilly said.