It was during the presidential primaries that retired United Methodist Bishop William H. Willimon, who served eight years as bishop of the North Alabama Conference, sat down to write his new book, “Fear of the Other: No Fear in Love” (Abingdon Press).

He said he was concerned by the xenophobic rhetoric of some of the candidates.

“I began the book by thanking Ted Cruz and Ben Carson and Donald Trump, never realizing one of them would be the president. But that was a concern,” he said.

United Methodist News Service recently spoke with Willimon, Practice of Christian Ministry professor at United Methodist-related Duke Divinity School in North Carolina, about the book and how Christians can learn to love rather than fear “the Others” around us.

The following interview has been condensed and edited. 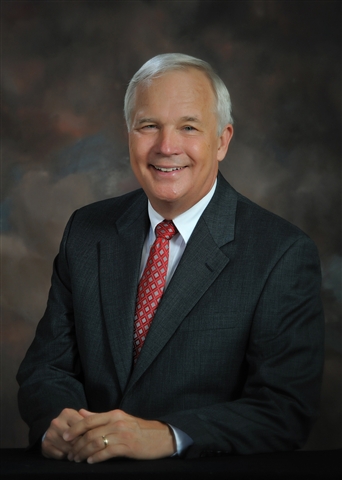 You talk about how the biology of fear can lead to mistakes in judgment, especially when it comes to the fear of Others. Can you talk a little about that?

We’re hardwired to fear an intrusion by an Other, to regard Others, a rustle in the bushes, as a threat. That’s deep within us … When we encounter Others, our brain does a quick calculation: Is this a threatening Other or is this a known, friendly Other? This split-second kind of thing.

If there’s a threat perceived, our limbic system immediately starts pumping hormones in us that really take over our whole system. Our mind sort of shuts down and says, “OK, what can I do to defend myself? Fight or flee? … Studies have shown that our reasoning capacities go down. We make mistakes in judgment. We’re quicker to make negative assessments of the Other than positive. We generally make our negative assessments on just a few characteristics, like the color of their skin or their face. It’s a deep human reflex that is powerful. …

A fearful response to the rustle in the bushes is perfectly human, perfectly natural; that’s the way we are. However, we have also been created to have so-called higher brain functions, where we can develop control over these to say, “Wait a minute, take a deep breath, consider is this really a threat or not a threat?” We also can move toward the threatening Other and see: Is the person smiling? Is the person’s hand reaching? So I try to say that we human beings are also hardwired, unlike animals, to overcome this. …

For Christians — and I really wanted this to be an explicitly, thoroughly biblical Christian book — the Other is the one who is loved by God in Christ. Christians actually claim that Jesus Christ, his grace, is able to overcome a host of perfectly natural, normal human biological responses, so that’s the strong theological claim I try to make in the book.

So it’s about retraining our brains to fear the right things in the right way?

Yes, not only to try to respond in a more intelligent way, but also to say that God is actually working in us to make us people who can be more open-handed and open-minded and people who can feel a bond with others who may be very different from us. From day one, that was sort of a chief business of the church. …This is not just some heroic human action; this is actually who God has created us to be, and that in Christ we can be.

The book should inspire Christians to not only evaluate their own beliefs, but also take action to change the world around them. What can Christians do to be more welcoming in their daily lives, outside of church?

Abingdon Press is offering resources, including a video series and leader guide, that churches can use along with Bishop William H. Willimon’s “Fear of the Other.” The companion pieces will be available in August.

The “Fear of the Other” DVD features a five-week, video-based small group study that invites readers to consider the Gospel command to love (and not merely tolerate) those considered to be “Other” or outside mainstream Christian culture. Willimon — in an onscreen conversation with Delia Catalina Ramirez — brings a non-technical, Wesleyan perspective to bear on what may be the hardest thing for people of faith to do: keeping and loving the Other as Other.

The five video conversations between Willimon and Ramirez focus on each of the five chapters of the book:

Session 1: Saved by the Other
Session 2: The Other, My Enemy
Session 3: Learning to Fear Like Christians
Session 4: Loving the Other in Church
Session 5: Jesus, the Other

It’s outside of the church that our practice of the faith really counts. God has graciously put us in situations, in our Monday-to-Saturday lives, where we are encountered by Others who welcome us, and where we get to show what Jesus can do with ordinary people by graciously welcoming, making contact with, listening to and learning to love Others.

It’s a great time for Christians to act differently than many in the world act. I pray that the people we meet in the world, in our daily lives, will say of us, as the Roman world said of our forebears, “Look how they love! This Jesus must really be a great Savior!”

You talk about how politicians, advertisers, sometimes even religious leaders, use fear as a powerful motivator. How can Christians guard themselves against that when it’s coming at them from every angle?

I’ve found it important to say, “Hey, national politicians, you do what you need to do to get elected or to run the country and all, but I think you’re selling us short in some of your appeals. I think a lot of your proposals to protect us are bogus.”

I wanted to say clearly, “Hey, Christians, the Christian default position is hospitality.” It’s shot right through our Scriptures and all of our faith. It’s Paul saying, “Welcome others as Christ has welcomed you, others and enemies.” Christianity is a means of overcoming xenophobia. …

The local church is the perfect location for equipping ourselves in this regard. Ask yourself: How many so-called Others are present with us on Sunday morning when we worship God? How many experiences have I had in the church of being received by Others, even though I was outside, and also to receive Others?

In the book, you don’t shy away from the human sexuality debate that’s facing the church today. As the Commission on a Way Forward continues to meet ahead of the special session of General Conference in 2019, what advice do you have for them?

I was in a congregation in Raleigh, North Carolina, recently, and they invited me to talk about sexual orientation issues, gender identity issues in the Methodist church. … I was very moved. This is a group of ordinary Methodists getting together saying, “We don’t know what to do about General Conference. We don’t know what to do about the global United Methodist Church. But we do want to be a visible sign in this community of what God can do to a group of people.”

So I came over and talked about the Bible and sexuality. I said up front, “The Bible has really very little to say about sexuality. And this is not a big biblical issue, and anybody who says, ‘I’m holding my position on this because the Bible is so clear,’ well, forget about it.” …

“Otherness” comes in many different shapes and forms.

Since you’re offering advice, do you have anything that you would say to President Trump?

I do think Donald Trump gives us an opportunity to listen to somebody who is not at all formed in the Christian faith or biblical faith in any way that I’ve been able to detect. And maybe that gives the rest of us a good opportunity to say, “Wow, I guess I’m more formed in this faith than I thought.” …

In this faith, we’re all “immigrants.” So Trump is a reminder to me of what happens when someone is devoid of Christian background and Christian identity, and it can get pretty ugly.

The last chapter talks about Jesus as the Other and puts a modern-day spin on the parable of the Good Samaritan. How can Christians and local churches learn to see the despised stranger as our neighbor?

I think it’s important for me to realize that the Other, whom I often see in a fearful way, can be a gift of God sent to me to make me more godly in my thoughts and actions.

A question we might ask is, “Who is the Other who is sent to me to help me in my own struggles to be more faithful?”

A woman read the book and wrote me and she said, “I was thinking, what can I do?” She prayed and she said, in prayer, suddenly God said, “Walk across the street.”

She said, “There was a Muslim family that lived across the street from me. And we had spoken, smiled when we’d see each other occasionally. But I realized we hadn’t had any interaction.”

So, she said, “I made a pie and I walked across the street and I rang the doorbell and nobody came to the door. I rang the doorbell again. Finally, a curtain went back and a woman looked out and saw that I had a pie and so she opened the door. I said, ‘Hi, I’m your neighbor and I feel bad I haven’t welcomed you to the neighborhood. I just wanted to do that and talk.’”

She said the woman invited her in and just sort of stared at her and broke down in tears. She said, “I am so frightened living in this neighborhood. I didn’t want to live here, but my husband said this was a good house and we should live here. And I never go outside because I am so frightened about what people think about me and would do to me.”

The woman holding the pie said she also began weeping profusely and said, “It’s really disarming to hear that my neighborhood, me living across the street, terrified somebody. I’m so ashamed.”

She then hugged the woman and said, “Will you help me make this a true neighborhood?”

I believe the Holy Spirit was behind that.

I do want to say, I didn’t want to cast this as how can we powerful, privileged white people be a little nicer to disempowered people of another religion or another race, another sexual orientation, but rather to say, to see our neighbors, the Other, as our neighbor who is a gift.

Dwyer is general church content editor at United Methodist Communications. Contact her at (615) 742-5489 or [email protected] To read more United Methodist news, subscribe to the free Daily or Weekly Digests.