United Methodist Bishop Minerva Carcaño, episcopal leader of the California-Nevada Annual Conference is conducting a ministry assessment of the church under disciplinary paragraph 213. The church was already without a lead pastor because the Rev. Jay Williams resigned in April.

“The California-Nevada Conference of The United Methodist Church has a long-standing commitment of support for Glide Memorial United Methodist Church’s work with the poor and vulnerable of the Tenderloin District and the greater San Francisco community. The conference’s commitment of support for this work stands today. The concerns that I and the leadership of the California-Nevada Conference have are related to the church life of this congregation,” wrote Carcaño in a letter released June 23.

The Rev. Theon Johnson III and the Rev. Angela Brown, the associate pastors, are being reassigned.

In announcing his decision to leave, Williams said the organizational structure, comprising the Glide Foundation and Glide Memorial Church, made him “lead pastor in name only.”

“While I love Glide, I do not love its organizational structure,” he said on April 15. “Dynamics in the current configuration prohibited me from leading fully as a trained Christian theologian called to ordained ministry as an elder in The United Methodist Church.” 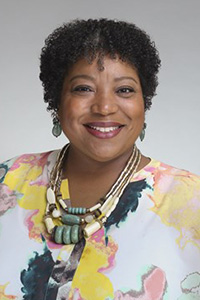 The Rev. Staci Current, Bay District superintendent, said she will be working with the church to bring in guest preachers and speakers until the church can organize itself as mandated by the denomination’s Book of Discipline.

“It is not helpful to appoint a pastor when they cannot lead,” Current said in an interview with United Methodist News Service.

Karen J. Hanrahan, president and chief executive officer of Glide, said the executive leadership at the church has been in conversation with Current and Carcaño for months, but she was “blindsided” by the announcement made last weekend.

In her letter, Carcaño said the greatest majority of participants at Glide’s Sunday Celebrations — the regular Sunday service — claim other faiths besides United Methodist. Baptisms are conducted periodically but in the name of people rather than from a Christian understanding, she said. And she added that Holy Communion was dropped but introduced back this spring, outside of the Celebration gatherings.

“We seek to be in good and loving relationship with persons of other faiths and beliefs, and those who claim no faith. However, this should never cause us to lose our own faith,” Carcaño said.

The Rev. Cecil Willams retired in 2000 yet continues to act as senior pastor, the bishop said. There have been other senior pastors, including Mountain Sky Area Bishop Karen Oliveto, the denomination’s first openly gay bishop from 2008-2016. She was the first woman to be senior pastor at Glide.

Carcaño said she attempted to appoint a senior pastor at Glide in May who was welcomed by the congregational leaders, but rejected by the board of trustees of the Glide Foundation.

“At that time, I made the difficult decision to not appoint a senior pastor to this congregation until the situation could be fully considered,” she said in a news release.

“I have initiated an assessment of the Glide Memorial United Methodist Church, including its Foundation. The lack of an appropriate governance structure and the lack of financial transparency are major concerns this assessment will seek to address,” Carcaño said.

“The secular Glide Foundation Board makes all decisions related to the work of the Foundation and the church, and now seeks to determine who Glide’s pastor(s) will be,” she added.

A rally was held at City Hall June 21 in support of Glide. Cecil Williams and Janice Mirkitani, co-founders of the Glide Foundation, wrote in a column for the San Francisco Chronicle, “The United Methodist Church is attempting to make Glide more traditional and conservative.”

Current said the secular Glide Foundation Board is “trying to control and dictate authority.”

Methodism is based on the holy, living gospel of Christ, she said. “Body and soul are both equal, and it is our spiritual conviction that we should be good in the world,” she said.

“Bishop Carcaño is a champion for social justice, that’s who we are,” Current said. “We are a strong, spiritual church but we also need to be a healthy church.”

Hanrahan said the executive leadership is anxious to get a new lead pastor after what she termed the “failure” of Williams. “We want to get a lead pastor that we can set up for success.”

The California-Nevada Annual Conference is meeting in Modesto and appointment of pastors of all the churches in the conference are announced during the annual meeting.

“This is part of the appointive process, many pastors are moved and this is not unusual,” Current said.