Brittney Jackson Brown says she’s tired of being labeled by the color of her skin when she arrives at a United Methodist church.

Brown, 28, grew up in Muskegon, Michigan, the daughter of a black couple who adopted her as a mixed-race infant.

When she goes to church, “I get more of a ‘Why are you here?’ rather than a welcoming,” she says, face turning solemn, as she adds ethnicity shouldn’t matter.

Her complexion — a warm shade of light caramel — has led people to ask her if she’s Italian, South American and even Egyptian.

She said she could “feel” the eyes of both white and black United Methodists focusing on her.

“It’s an intense kind of space to be in,” she says.

MORE ABOut the series

Vital Conversations 3 will debut online Tuesday February 7, at 9 p.m. EST, with a video talk by the Rev. Jennifer Bailey of FaithMatters Network, followed by a live Q&A. Bailey, an ordained minister in the African Methodist Episcopal Church and activist-in-residence at the Scarritt-Bennett Center, discusses how contemporary human rights movements such as Black Lives Matter compare and contrast with the Civil Rights era and other efforts of the past. See the series.

She is hoping her part in a new video series will have people welcome her to the church rather than make her feel unwelcomed.

Brown is part of the third series in the United Methodist Commission on Religion and Race’s Vital Conversations on video. The new series, which debuts Feb. 7, focuses on differences and similarities and the need to embrace all of the faithful if the church is to grow. It’s a “these are all God’s children” message.

This acceptance of Brown and other people who are “different” may be difficult for some United Methodists, according to Erin Hawkins, the commission’s top executive.

Hawkins notes that the commission was created in 1968 as The United Methodist Church formed by merger and ended formal segregation in the denomination by abolishing the Central Jurisdiction.

“The purpose of the commission was to assist not only in the desegregation efforts but to insure that The United Methodist Church would move forward and that racial justice as a core value was pursued within the life of the church,” she says.

Decades later, demographics in the United States are profoundly different, and in Hawkins’ view the church must embrace diversity of all kinds, even if that’s difficult.

One of the other participants in the series, Nia Shand, 23, says her race, gender and sexual identity all cause her challenges at church.

The physical and freewheeling beauty of the young woman — a dancer who swishes her red dress around the room while accompanied by her pre-recorded narration — can’t be ignored.

Shand, from Brooklyn (by way of Teaneck, N.J.), wants people to see who she is, accept who she is, embrace hers as a life well lived.

Like Brown, Shand is among the young United Methodists who are video-recorded talking about — in her case dancing about — their struggles and hopes for the church. 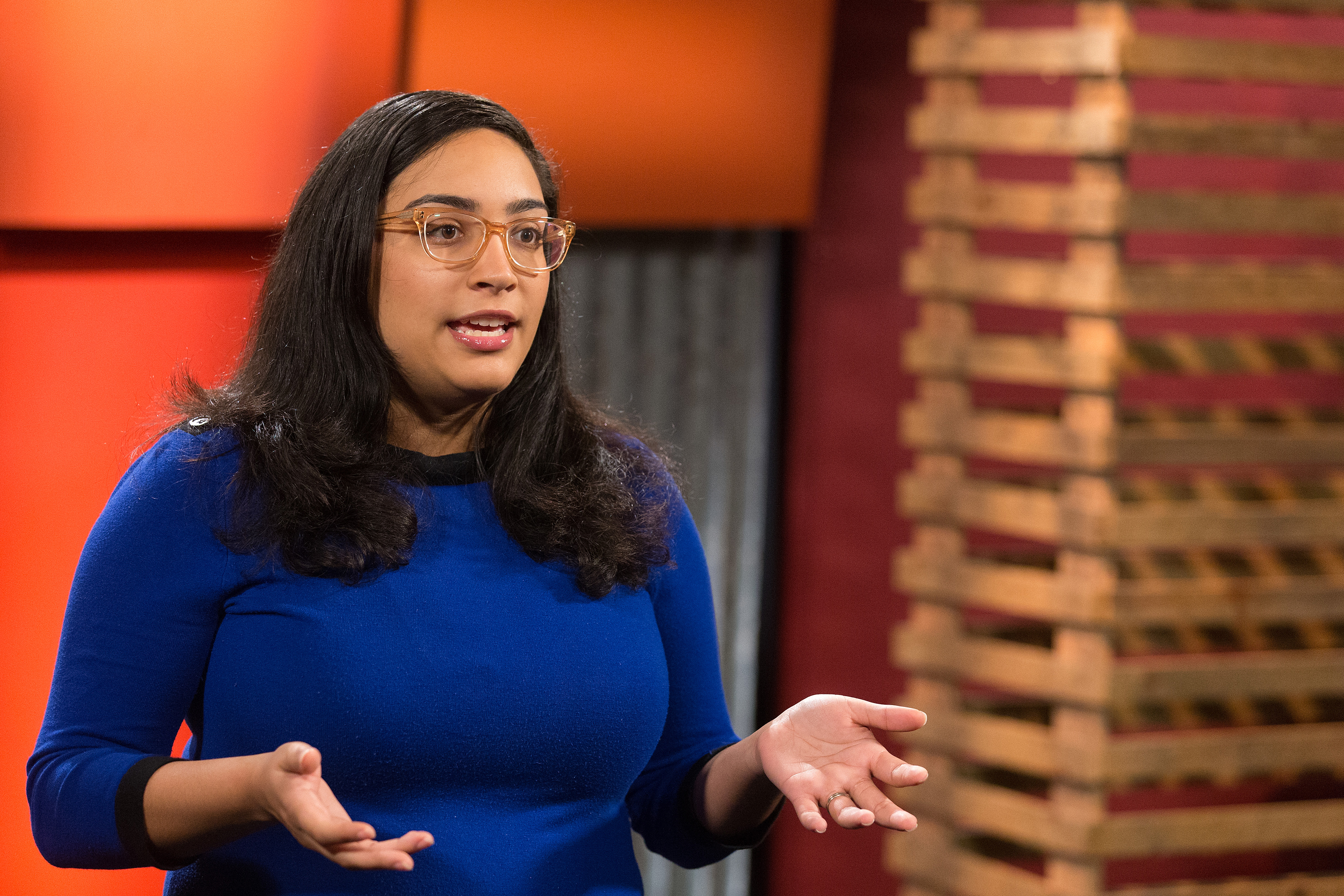 Brittany Jackson-Brown talks about skin color and acceptance in the church during the taping of the United Methodist  Commission on Religion and Race's Vital Conversations video series at United Methodist Communications in Nashville, Tenn. Photo by Mike DuBose, UMNS.

“I felt like the story of an openly gay lesbian woman who is black needed to be told,” she says as she sits in the Green Room, the waiting area for the cast and crew of this unique project.

“The idea for the Vital Conversations series came as a result of some brainstorming with key leaders and staff of GCORR about how to support people in engaging in dialogue about these sometimes uncomfortable conversations,” says Hawkins.

While this is the third series in the Vital Conversations videos, it’s the first to have a specific focus on racial and sexual inclusion.

Young United Methodists are at the center of the project.

“For the sake of the future, we need to hear the voices of young people that bring energy and commitment and bring the church to understand in new and different ways,” Hawkins says.

Two of the segments in the new series were taped in Africa and in Germany.

Hawkins smiles when she says that this series’ first two installments were well received.

“The first one … didn’t really have a theme very much, just an assortment of various tropics related to race and the church and the world,” she says.

The second series dealt more expressly with issues of conflict in the U.S. as well as in Africa, Europe, Asia and South America. Hawkins notes those key issues include: race, culture, language, tribal conflict.

“There was a need for greater justice and awareness and how the church may be involved in addressing those,” she says.

This third Vital Conversations effort, with its focus on diversity, has young adults sharing their experiences.

Shand, who has lived with Ness White for almost four years, used to go to her home church with young men, hiding her sexual identity to avoid stares and even condemnation. 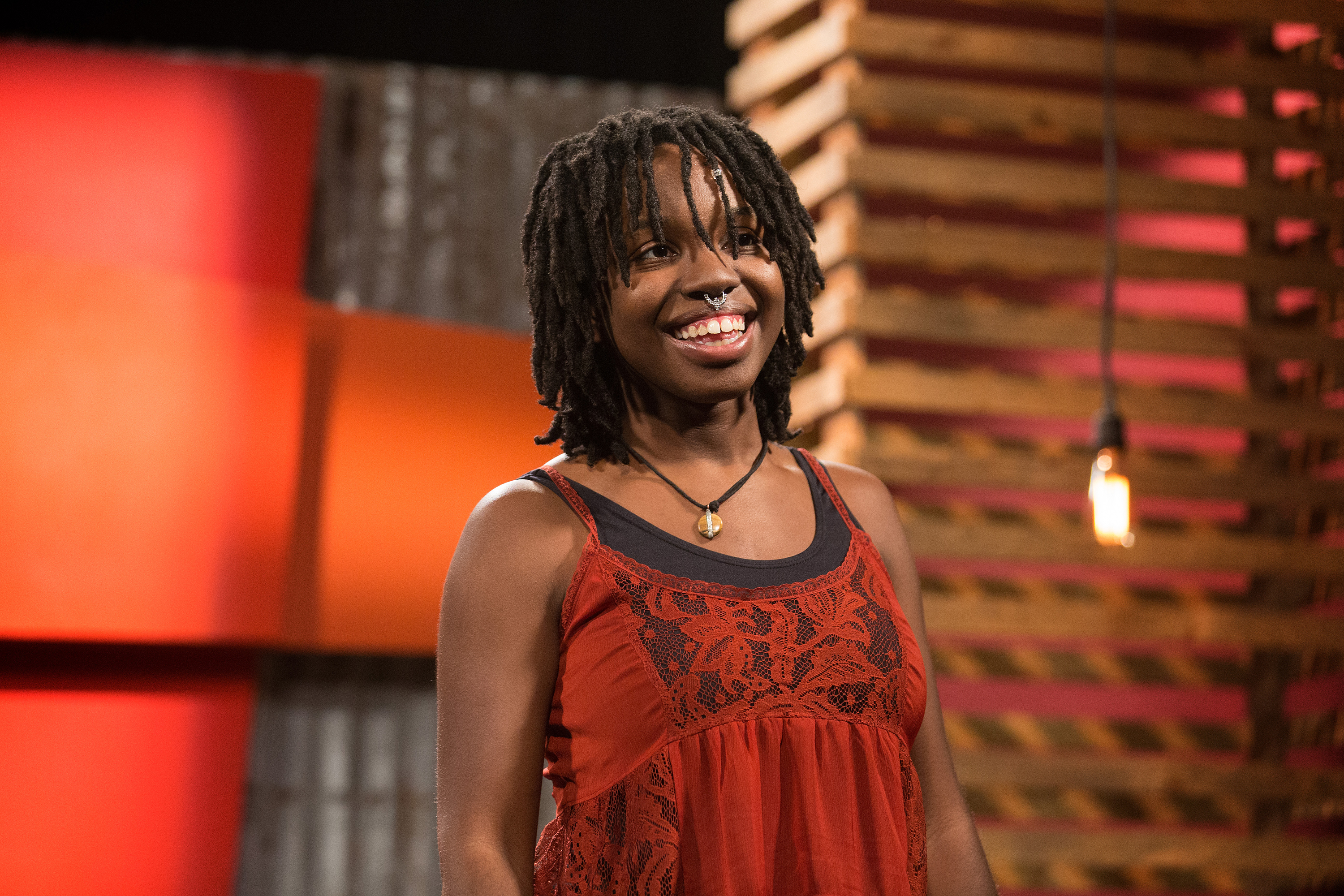 Nia Shand, who appears in the United Methodist  Commission on Religion and Race's Vital Conversations video series, says she feels "like the story of an openly gay lesbian woman who is black needed to be told."  Photo by Mike DuBose, UMNS.

“At first I had mixed reactions,” she says of her inaugural visit to her home church, hand-in-hand with her girlfriend. “Some people didn’t bat an eye.”

Others were won over.

“I feel like when they get to know Ness, and know she’s a great person, it does change hearts and minds,” Shand says.

Such personal determination and the positive result help explain her participation in this video study series.

By using her in the series, and by showing other stories of inclusion and exclusion, she says The United Methodist Church is signaling: “We welcome everybody.”

Similar segments that were filmed over the three days focused on how the church can better embrace its diversity, bringing people together rather leaving than them on the outside of the sanctuary looking in.

Garlinda Burton, who helped bring the young people together for the filming, says it is “all about asking young people what they want in their church, what are they hoping for, what they are dreaming of, to make sure that instead of leaving the church they make it their own.”

This particular series of videos featuring the concerns and hopes of young people ought to spark conversation in Sunday school classes and youth groups, Hawkins says.

This set will be released in February. Hawkins is already looking forward to the next topic, and the one after that.

“We will continue to move the series forward because there were a lot of things we need to have conversations about, a lot of vital topics that need healing,” Hawkins says.

Ghianni is a Nashville area freelance writer and an adjunct journalism teacher at Lipscomb University.