Two African writers were named 2014 United Methodist Communicators of the Year for their coverage of the deadliest Ebola outbreak in history.

There was a standing ovation when the winners were announced.

Both Jusu and Swen expressed their thanks for the award via email. Jusu said he was “humbled by the award,” which he said was a reflection of the joint effort between writers in Africa and the team at United Methodist Communications that provides support and resources.

“I thank you all for putting us on the map of effective communicators,” he wrote.

“Phileas and Julu are brave men,” Brown told UMAC members. “When they travel to cover the church’s anti-Ebola efforts, they increase their chances of being exposed to a virus that claims the lives of 7 out of 10 people who get it.”

“Their contributions have ensured that United Methodist News Service’s coverage has been centered on West Africa, where the real fight is occurring.”

No strangers to crisis

Neither writer is a stranger to crisis.

Brown noted that Jusu’s writing career began in 1996 after rebel soldiers invaded the campus of Njala University College during the 1991-2002 civil war. Jusu, who had been writing for a tabloid, said he stayed on to report on the war, the economy and politics because, “practically speaking, I did not have many options.”

Swen worked for the Truth and Reconciliation Commission of Liberia as an inquiry officer, conducting interviews with victims and perpetrators of Liberia’s civil war, which involved two conflicts that ended in 2003. He also researched issues related to the war, including controversial issues addressed by the commission.

Jusu worked as a referral and counseling officer for Sierra Leone’s National Committee for Disarmament, Demobilization and Reintegration, arranging training for ex-combatants to help them learn new trades. He joined the denomination’s Sierra Leone Conference staff in 2005.

“His planned Nov. 30 wedding to Jennifer had to be postponed because of Ebola. Large crowds cannot gather, so they are tentatively making plans for an April ceremony,” Brown said.

“I hope you will make a special place in your prayers for these two communicators and their families, as well as the many who are dealing with this deadly virus and the devastation of the economy in West Africa,” Brown asked of those gathered for the awards presentation. 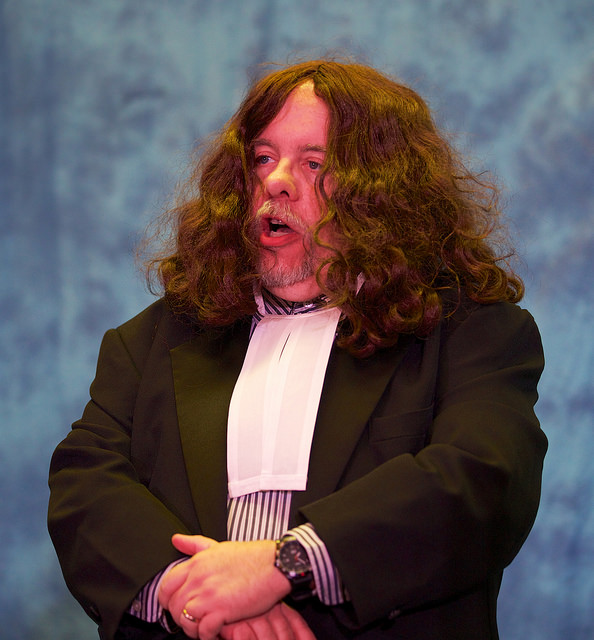 On a lighter note, John Wesley (played by UMAC President Neill Caldwell) welcomed the group to Savannah. “I hope you have better luck here than I did,” he said, referring to Wesley’s unsuccessful ministry of two years in Savannah.

In other awards, United Methodist Communications claimed five Awards of Excellence, including awards for print and digital publication, writing, photography and the new umc.org website.

Awards of Excellence also went to Discipleship Ministries and staffs of the Iowa, Michigan, Kentucky and Minnesota conferences.

On the occasion of being named president and chief executive officer of Africa University (Tennessee) Inc., James Salley looks back on the 30-year history of the United Methodist university in Zimbabwe and shares his hopes for the future.