Africa University’s influence is spreading across the continent and around the globe through about 50 partnerships with government agencies, non-profits and corporations — nearly 25 years after The United Methodist Church founded the university in Zimbabwe.

While the new partnerships are important, James H. Salley, associate vice chancellor for institutional advancement, stressed that the university owes its existence and incredible growth to the support of The United Methodist Church — support that is still crucial.

The university, which celebrates the quarter-century mark in 2017, has always received strong financial support from the church through the apportionment fund, special campaigns by annual conferences, individual donors, and more.

Even as Africa University expands its support through non-church philanthropies and organizations, a campaign in the church to increase the university’s endowment to $100 million is underway. 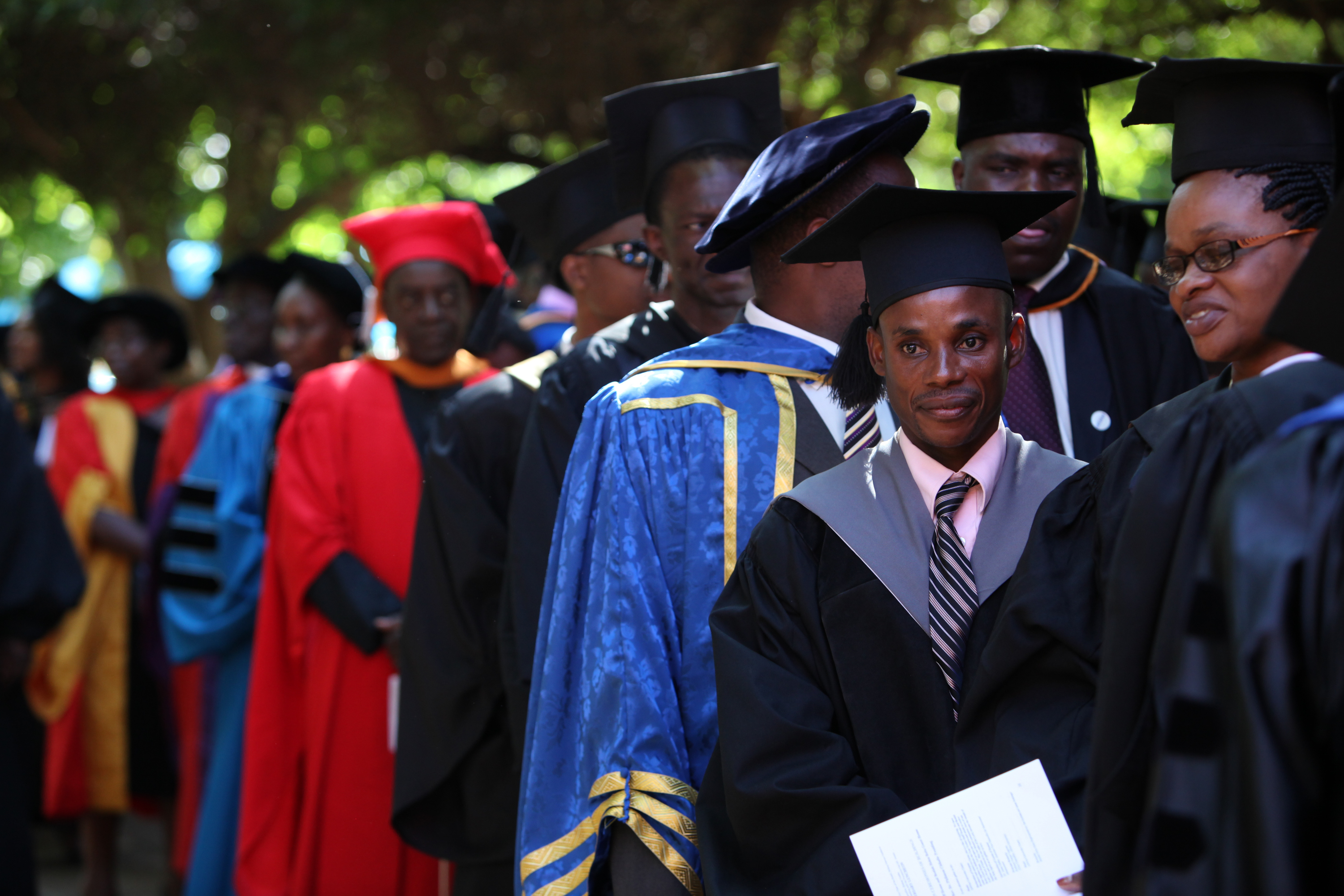 “The prayers and the gifts that United Methodists are investing through the Campaign for Africa University —  an effort to raise $50 million for endowed scholarships, new program initiatives, and capital projects — will certainly strengthen the university’s role in shaping Africa’s future through changed lives and communities,” said Salley, who heads the development office in Nashville.

The growing number of friends and supporters who are not church-related, though, are a boon to the institution’s pan-African mission, said Andra Stevens, the director of communications for the Africa University Development Office.

“Partnerships have to follow a very set pattern, whether they are church or non-church related,” Stevens said. “In any kind of partnership, it’s a relationship. You start out first with like-mindedness and, generally speaking, that is the way they come together. It has to do with what an organization is passionate about and whether it is a good fit.”

Turns out that Africa University is a good fit for many different types of organizations. Some of those are quite large, such as the United States Agency for International Development and Chevron, a multinational energy corporation active in more than 180 countries, while others are smaller companies that have developed relationships with university staff.

“A big selling point for everyone who gets into a relationship with Africa University is the potential impact to a continent,” said Munashe Furusa, the vice chancellor. “What you are investing in is not bound by national borders. You have 31 of the 55 countries in Africa that have been represented on the campus throughout the past 24+ years. It gives you the possibility of being involved in change leadership across borders and across Africa.”

Between 1990 and 2002, USAID’s Office of American Schools and Hospitals Abroad provided nearly $8 million under four separate grants to Africa University, for construction and equipment of a College of Agriculture, College of Health Services, a library/ telecommunications center, and the Institute of Peace, Leadership and Governance.

In 2011, as Zimbabwe’s deepening economic crisis left hundreds of students unable to pay their fees, ELMA Philanthropies stepped in with a grant designated for student retention. Over a five-year period, the ELMA group of foundations provided more than $503,000 in scholarships and kept 84 students in college, enabling them to graduate. ELMA’s second initiative was a $500,000 challenge grant and funding for the alumni affairs office. This gift increased Africa University’s outreach to African donors and to its alumni in particular, resulting in an additional $523,000 in immediate funding for operations.

Other large partners with Africa University include the Open Society Initiative in Southern Africa, which provided a $621,000 grant for student scholarships, and the Regional Universities Forum for Capacity Building, which provided an agriculture grant of 1.5 million euros (about $1.6 million U.S.) to support graduate-level training and research.

Stevens emphasizes it’s not just the large corporate partnerships that make a difference. One partnership is the affiliation with the Hansens’ Vikings Scholarship Fund based out of Toronto, Canada. Between 2002 and 2015, the fund donated close to $60,000 to support students at Africa University. Five students have completed undergraduate degree programs at the school because of these scholarships.

Patrick Patterson, who leads the Hansens’ Vikings Scholarship Fund, said the expectation is that Africa University continues to deliver the outstanding results that they have achieved through exceptional professors and educational programs.

How YOU CAN HELP

Learn more about and give to support the Campaign for Africa University.

United Methodist churches can give to the Africa University Fund apportionment.

In addition, many annual conferences and districts have special campaigns for the university.

There is also a planning giving program for those who want the support Africa University through by will, trust or gift annuity.

Learn more about all the ways to give to the United Methodist university.

“Our expectation from the students is that they continue to return back to their family and community the talents and skills they have developed as a result of this educational opportunity,” Patterson said.

Almost all Africa University graduates do return those talents. Of the 7,200 alumni, more than 90 percent have remained on the continent and have or are serving in positions of leadership in governments, civil society, businesses and churches.

Funding for scholarships is vital for Africa University, which is a residential institution, because many students would not be able to attend without financial help. Most are first generation college students with backgrounds that include displacement, underemployment and relatively low annual incomes for many workers.

However, the desire address financial barriers to higher education is only part of what motivates Africa University’s partners.

For entities such as the World Intellectual Property Organization, the African Regional Intellectual Property Organization and the Government of Japan, bridging fundamental gaps in development capacity in Africa is equally important and urgent. Currently, those three organizations are collaborating on the provision of scholarships for more than 30 graduate students who will return to their countries as experts in intellectual property rights, patent and copyright protection and policy implementation.

A newer partnership for Africa University is UNICEF, which is supporting the Masters of Science in Child Rights and Childhood Studies program and providing $400,000 in scholarship funds.

“The benefits of any degree program at Africa U cascade throughout Africa, making the university the training ground for the African continent,” said Dr. Abigail Kangwende, director of the Office of Research and Outreach Programs at Africa University. “This enhances the impact of UNICEF programs in that by putting resources at AU, the impact will be felt throughout the African continent.”

After all, a big part of Africa University’s mission is based on making life better for people across the continent.

“The idea that the experience of the students is a broadening experience, that breaks down stereotypes and distrust,” Stevens said. “It’s a new kind of leadership model that is morally and ethically grounded and more realistic.”