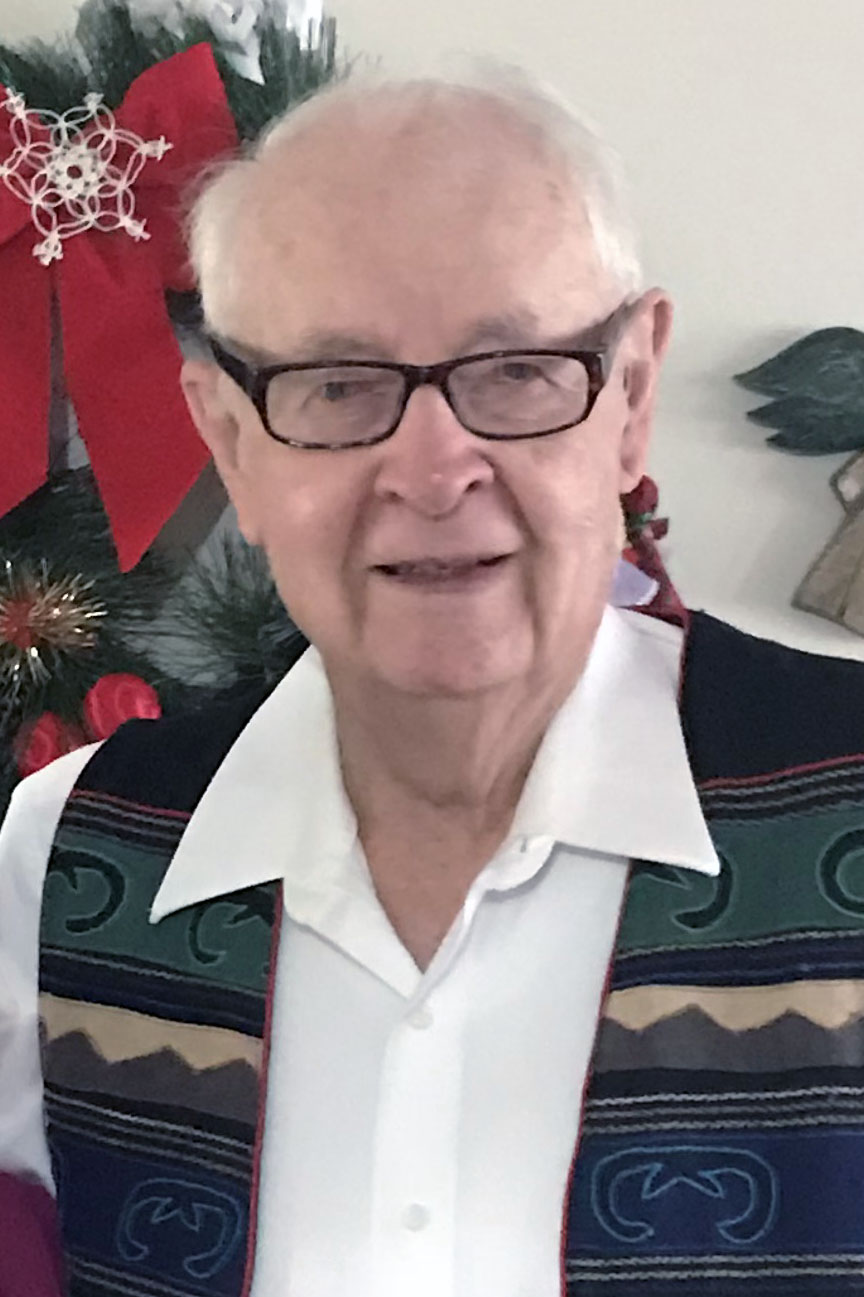 The church historically has a new reformation every 500 years. In 1521, Martin Luther stood before church authorities at the Diet of Worms and refused to renounce his work and writings, starting the Protestant Reformation. The church of today stands at the threshold of a new reformation, and there is much speculation as to the direction it will take.

I would like to add to that mix. For the past 75 years, my wife, Barbara, and I have given much of our lives, energies, emotions and resources to two entities, the church ecumenical and the NGOs (nongovernmental organizations) the church has spawned. Our experience with those spiritual twins has caused us to come to these predictions.

The church of the new reformation will:

• Be measured not by the size of its membership or budget, the beauty of its stained glass, the reputation of its preacher, or any other such marks. It will remember Mother Teresa's quote that “If you give only that which you do not need, you have done nothing,” and be measured by the size of its heart.

• Remember John Wesley's statement that “If your heart is as my heart, give me your hand” and will become much more ecumenical, sharing in ministry and mission with other religious faiths (including non-Christian), and secular groups such as service clubs and businesses.

• Have members who prefer deeds over creeds, work over words and mentors over messengers and who will seek co-workers more than converts.

Those predictions are informed by the last 55 years of our working with the spiritual twins, the church and the NGOs. The NGOs were usually started by persons from the church, both laity and clergy.  Dan West, a Church of the Brethren dairy farmer, started Heifer International in 1944. Millard Fuller, a Christian lawyer, and Clarence Jordan, a Baptist preacher, started Habitat for Humanity in 1976.

A Methodist layman and his wife started ECHO in the mid-1970s. Justo Gonzales, a Methodist university professor in Cuba, started Alfalit in mid-century.  Keith and Karen Jaspers, Methodist businesspersons, started Rainbow Network in 1994. The same year, two Methodist pastors, Larry Hill and I, and a Methodist layman, Earl Miner, started Mobility Worldwide (formerly PET – Personal Energy Transportation). That list could go on and is quite extensive.

The “mission” projects have thrived and grown since their spawning and are still growing.  Heifer has become known worldwide for its ability to provide low-income families with food-producing animals that enable the families to lift themselves out of poverty. Habitat has helped millions of people to build or improve the place they call home. I was in Atlanta, Georgia, three years ago to help build the 800,000th house.

ECHO has become a resource and training home for thousands of Peace Corps workers, missionaries and other persons enabling the poor in tropical and sub-tropical countries to grow more food. Alfalit, which focuses on literacy training, is now teaching persons in 17 countries to read and write in their language.

Rainbow Network has made a major transformation in the lives of poor rural families in Nicaragua. Focusing on health care, education, income development and housing, Mobility Worldwide has used volunteers to build and ship, free of charge, 85,000 hand-cranked, three-wheeled wheelchairs to the leg-handicapped people in 104 countries. In Columbia, Missouri, Mobility Worldwide is building a new shop and warehouse, all paid for, to meet growth demands.

All of those missions, and many more like them, were started by persons in response to their Christian faith. They had taken seriously the biblical teaching to attend to  God's “least of these,” to be a neighbor to those in need, to feed the hungry, clothe the naked and visit the sick and those in prison. The church had taught them well — they and the great mass of those volunteers who, out of their faith, joined in the mission.

Barbara and I have lived in the midst of NGOs for most of our lives, and we can attest that there is not a more exciting, rewarding and productive life in which to invest oneself.

While those NGOs that came from the heart of the church have steadily grown, the church whence they came has just as rapidly shut down.  When I returned to Missouri from seminary to work with rural churches, we had 1,260 United Methodist churches in the state. We now have around 800 and are closing 10 a year. Vast areas of Missouri are losing the ministry of Methodism.

Those local congregations, with their checkbooks and church dinners, have been the backbone of mission support.

Why has one of these spiritual twins grown and flourished while the other has so steadily declined? How do they differ? I suggest the following:

• The church has focused on how we differ, while the NGOs have looked at what we have in common. Even slight differences in church polity or practice push us into different buildings on Sunday morning. Habitat says, “If you can swing a hammer or use a paint brush, come and help us build houses. We do not care about your race, creed, color, sexual preference or any other such thing. The poor need houses.” Mobility Worldwide is considered a Christian mission, but we ignore walls of separation, and one of our best volunteers, and a dear friend of mine, is an atheist.

• The church has focused on saving the church, while the NGOs have focused on helping the poor to save themselves. In my extensive study of church finances, I discovered that, while a church might have dollars for mission in its budget, that is almost always the first dropped if local church funding is tight. The church roof, pastor's salary and other needs have priority over the dollars in the budget for the poor. In an average church, if one places a dollar in the offering plate, about 93 cents of that dollar stays within the walls of the building, but with most NGOs, three-fourths or more goes to the mission.

• The church has focused on emergency aid, much needed. The NGOs have focused on long-term solutions.

• The church has invested much interest in the sexual activities of people, while the NGOs have left that as a private matter.

• The NGOs have provided excellent videos and reports of their work, while churches have not done as well at telling donors what their donations really did.

Those differences are a part of today’s' “95 theses” being nailed to the door of today's church and will direct the new reformation. Psychologists tell us that we feel best about ourselves when we are able to take the skills we have learned and use them to enhance the lives of those less fortunate.

A man named R. Lagore, put it this way:

“I slept and dreamed that life was joy.

I awoke and found that life was service.

I acted, and found that service was joy.”

West is a retired United Methodist pastor living in Columbia, Missouri, and he is a co-founder of Mobility Worldwide (PET).

“If you live life long enough, you have a moment when it all literally falls down,” writes the Rev. Dr. Tori Butler. She shares the time this happened to her and how she got back up.
Judicial Council

Three United Methodist annual conferences, including one in Africa, have asked the denomination’s highest court to rule on the ramifications of General Conference’s third postponement since the onset of COVID. The Judicial Council also faces more questions about church disaffiliations.
Social Concerns