The United Methodist Church's top legislative body next spring will take up a recommended 2013-16 budget of more than $90 million to support the denomination's 157 active and retired bishops.

The Episcopal Fund, paid for by congregational giving, supports the salaries, housing, travel and other expenses of active bishops as well as the salaries and benefits of some of their support staff. The fund also provides for retired bishops, surviving spouses and minor children of deceased bishops.

The proposed budget - which the General Council on Finance and Administration set at $90,336,000 - represents a decrease of nearly $4 million, or about 4 percent, from the budget for 2009-12.

The recommended cut is part of a number of budget reductions the General Council on Finance and Administration has proposed for general church operations. The proposed cutbacks come after decades of declining membership in the United States. The denomination's finance agency also projects that total giving, exclusive of debt payments and local church benevolences, will flatten in the coming four years.

The U.S. membership supports more than 95 percent of what the denomination budgets to support general church ministries around the world. 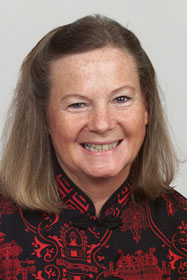 The Council of Bishops has accumulated about $12 million in reserves from cost savings over the past seven years.

Some bishops expressed concern that spending reserves would make the bishops appear to be failing to be good stewards.

"That's going to reflect on the bishops' budget significantly in the 2016 quadrennium and beyond," said Washington Area Bishop John R. Schol, another member of the finance committee. "It will be seen by leadership and by United Methodists as the bishops not being responsible in their spending when, in fact, we're being very responsible in our spending. We've been holding down costs."

"I think we're spending our reserves appropriately," Swenson later told the United Methodist News Service. She said that if the bishops maintain their focus on good stewardship and making disciples, "then we'll accomplish what our desire is."

The General Council on Finance and Administration set the recommended budget with input from the bishops. General Conference, the denomination's top lawmaking body, will have final say on the total general church budget when it next convenes April 24-May 4, 2012, in Tampa, Fla.

The proposed reduction in the Episcopal Fund is part of the 6.04 percent overall decrease recommended by the General Council on Finance and Administration for the general church's 2013-16 budget. The General Council on Finance and Administration's proposed budget cuts the World Service Fund, which supports most general agencies, by about 6.6 percent. 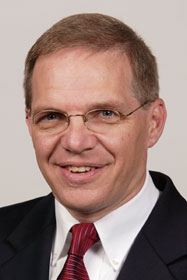 The General Council on Finance and Administration has submitted to General Conference a total budget of $603 million for all seven apportioned funds.

The 2012 General Conference also will consider proposals to eliminate three episcopal areas - that is, three bishop positions - in the United States and add a new episcopal area in the rapidly growing Democratic Republic of Congo.

But until General Conference votes on the decision, the Episcopal Fund budget does not reflect any of these changes, said Sharon Dean, the spokeswoman for General Council on Finance and Administration.

The full financial impact on the denomination from the proposals to eliminate episcopal areas is uncertain.

When you put a dollar in the regular offering at your church, here is how it is currently distributed:

Under the proposed 2013-2016 budget, the percentage of giving going to support general church operations will likely decrease, if local church apportionments increase, remain flat or only decrease slightly.

The bishops' salaries were restored to the original projected amount in 2011.

All U.S. bishops receive the same salary. The specific salary is determined annually.

In the next budget period, the bishops also will cut their budget for consultants and continuing education.

"The only way I can see that we could do even less in the Council of Bishops is by having fewer bishops," Swenson said. "You'd have bishops that would have an even larger residential territory than they do now."