Grandparents eagerly share pictures of their grandchildren. Puppy owners gush about their pooch’s adorableness. Still, many Christians struggle to talk about their most important relationship — the one they have with God.

The good news is that many United Methodists are very effective at sharing the Good News of God’s transforming love. Their experiences show that evangelism need be neither intimidating nor intrusive.

“There are such amazing ministries going on in evangelism,” said Jane Boatwright Wood, president of the United Methodist Foundation for Evangelism in Lake Junaluska, North Carolina.

She ought to know. Every year, the foundation works with conferences to honor United Methodist youth, lay people and clergy with Harry Denman Evangelism Awards.

These Christians work in a variety of ministries and contexts. The common ground is commitment. 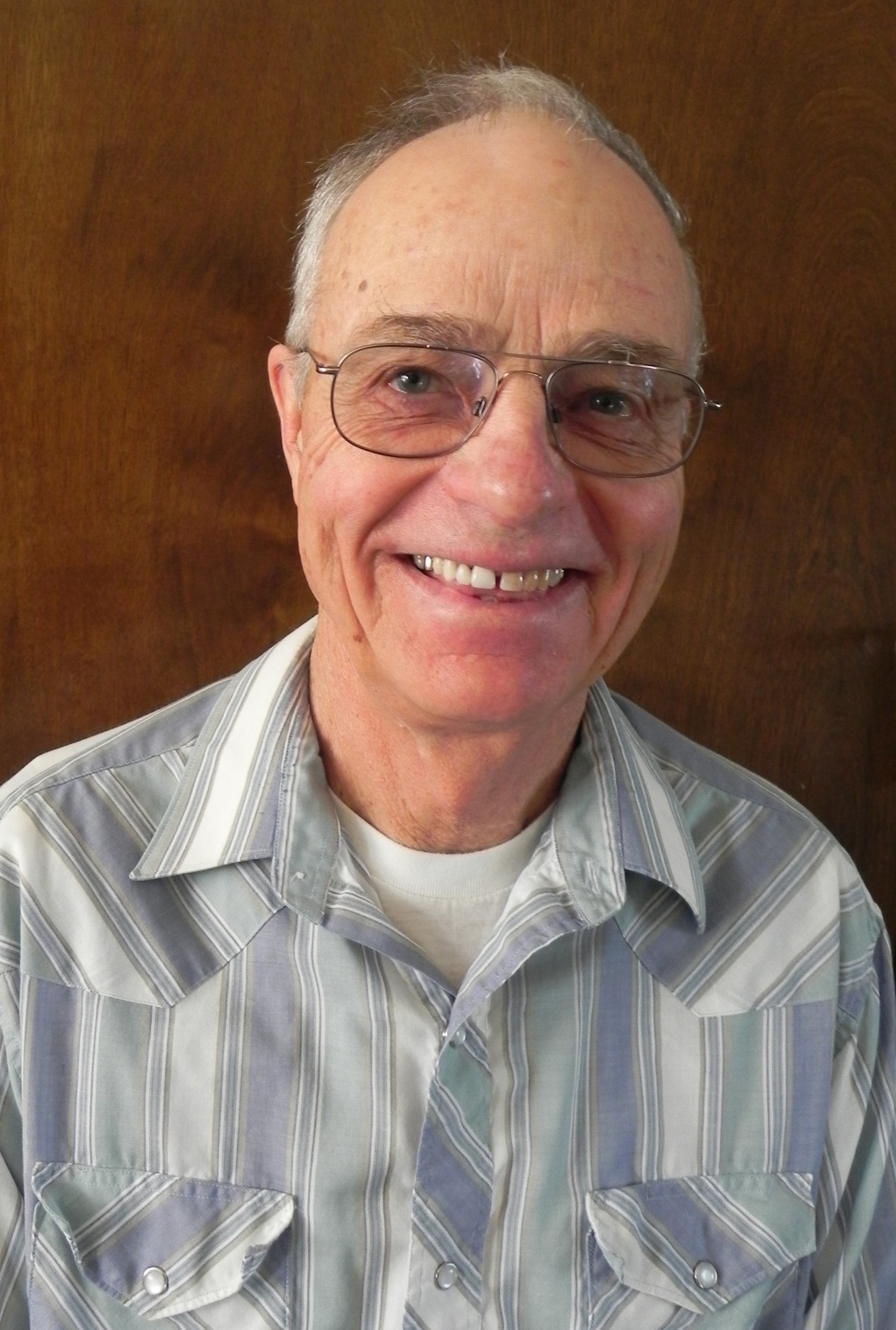 Alva Mitchell helped revive a church in the Oregon-Idaho Conference. He "stepped up to leadership" when his church needed him, says the Rev. Stephan Ross, director of the conference's Vital Church Project.

About 10 years ago, Vale Community United Methodist Church in rural eastern Oregon was in trouble. The average age of the congregation was about 70, and attendance and revenue were dwindling as members moved to nursing homes or died.

Alva Mitchell, a retired rancher and the church’s treasurer, and other members were determined their 110-year-old “little church” would not wither away. Mitchell helped draw together a vision team to revitalize the church.

The church embraced the team’s radical vision. The church told its district superintendent it would do without clergy until Vale could afford a full-time pastor who, as Mitchell put it, “was passionately evangelistic and able to teach us to be the same.”

For 15 months, a lay member preached and the vision team kept the bills paid. The church’s attendance started to grow, from 28 to 40. Throughout that time, Mitchell said, prayer was “our mainstay.”

In 2012, the church received an answer to those prayers with the full-time appointment of the Rev. Andrew Williams, an energetic and outgoing British Methodist. He invited people to the church and helped members do the same. He also had members form cell groups — small Christian study groups of about eight to 15 people.

The cell groups proved an effective entry point to church life. Marge Mitchell, Alva’s wife, said it’s less scary to invite a friend to visit a home before asking that person to worship.

Average attendance is now more than 70, and the church again has young families and youth.

The church still has a tough road. Even with the new people, the church can no longer afford a full-time pastor. So the congregation will share Williams with another church.

Still, congregants have no plans to stop the evangelistic practices they’ve learned.

“Your church is not an exclusive club, but a sanctuary for all who seek the promise of Christ,” he said. “Greet them enthusiastically and help them grow.” 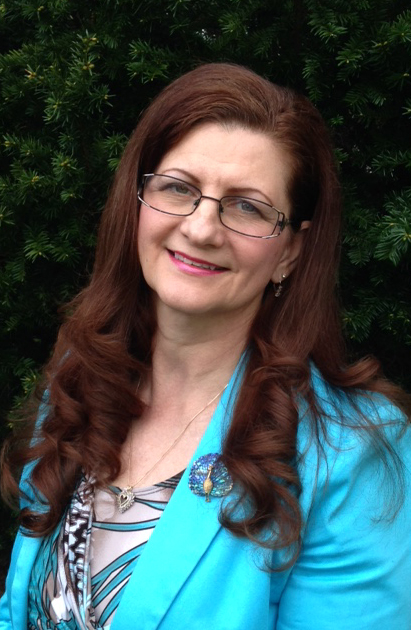 MaryAnn Kiernan of the Greater New Jersey Conference has "helped transform countless lives" affected by substance abuse, according to the nomination.

When describing her ministry, MaryAnn Kiernan points to 2 Corinthians 1:4: “We offer the same comfort that we ourselves received from God.” To her, that’s a key part of evangelism.

Kiernan, who received the Greater New Jersey Conference’s award, said she and her family only found the Christian faith when they needed comfort most.

In the 1990s, both her sons were struggling with drug and alcohol addictions. “I thought they would die of an overdose or kill someone driving or just rot in jail,” she said. “So, I said to my husband, ‘We need God.’”

A friend invited her to Church of the Master United Methodist Church in Howell, New Jersey. It was there, she said, “I actually accepted the Lord as my savior.” And it was at Colony of Mercy, a Christian recovery program for men, that her younger son found sobriety and she found her calling.

The recovery ministry helped inspire her to return to college and earn a master’s degree in Christian counseling. She wanted to give back what God gave her.

Since 2008, she has been Colony of Mercy’s intake coordinator. She also counsels women recovering addicts.

Now, she spends most of her days on the phone talking to men desperate to get into the program or their loved ones eager for them to get help.

“Some know the Lord; some do not,” she said. “I share with them the only way to get through with what you’re going through is really through Christ. I tried it without Jesus and then with Jesus. There is no comparison.”

Her ministry, she said, requires her to build a relationship with each hurting person who calls.

“You have to give pieces of your heart all day long,” she said. “You have to enter their pain.” 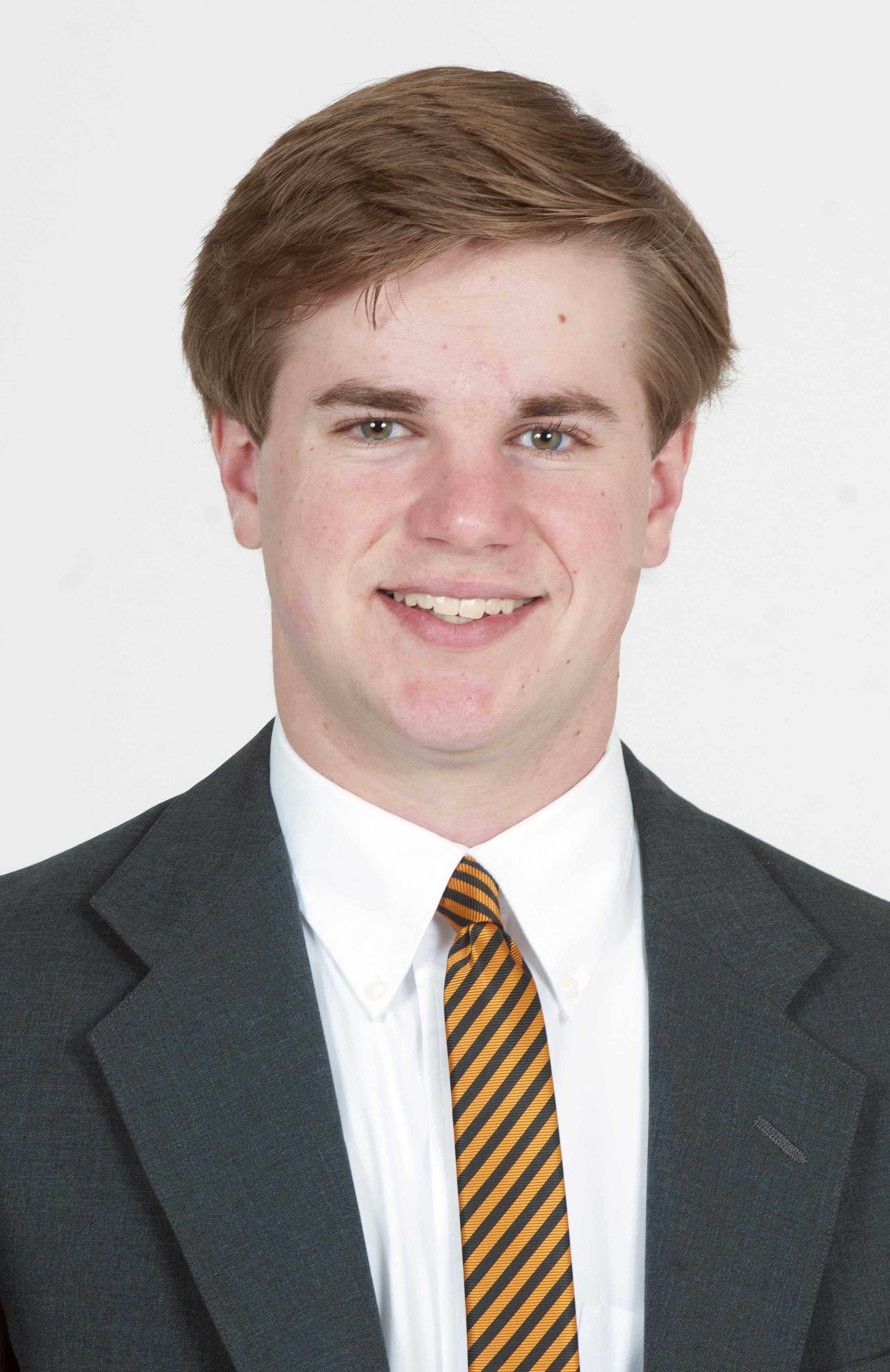 Matt Langford helped expand the youth ministry at an Alabama-West Florida Conference church. "There are hundreds of families in our community that would speak to Matt's ministry as a powerful influence in their lives," says his pastor, the Rev. David R. Saliba.

Evangelism can come with a backbeat.

When T. Matthew “Matt” Langford was in ninth grade he got a drum set for his birthday, and the lifelong United Methodist set about looking for ways to use his percussive gifts for his Christian faith.

His first chance came at a local Baptist church’s youth worship service. The service also gave him his first chance to speak publicly about his faith. He eventually found ways to share his gifts for drumming and preaching at other area churches including his home church, First United Methodist in Greenville, Alabama.

When he entered college, First United Methodist hired him as youth minister. As Langford set about finding ways to engage youth and help them take the lead, the number of youth involved grew from 10 to 30.

He helped the church organize a citywide “Fifth Quarter” event after Friday night’s football games that would be safe, fun and help point teens toward Christ. The event drew 100 teens, or about a seventh of the town’s teen population.

Langford’s weekly youth program includes Bible studies and opportunities to serve the community. Youth come back when they feel crucial, he says. That can mean giving teens the responsibility of working sound, playing in the band, bringing food or cleaning up. Most importantly, it means giving them a chance to grow in discipleship.

“Finding out the talents and abilities of your students can really help you to grow your ministry,” said Langford, who received the Alabama-West Florida Conference award. He is now a student at Auburn University and pursuing a call to ordained United Methodist ministry.

“Use students to reach others, use them in your service, and use them to promote your church. To reach more youth you have to use the youth.” 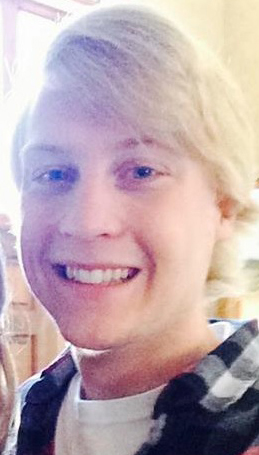 Jason Balster has taken a leadership role in his university's campus ministry. 'He willingly and excitedly shares his faith with other students,' says his pastor, the Rev. Kevin Kloster.

Jason Balster, a Dakotas Conference award winner, grew up mostly unchurched and by high school considered himself an atheist. By the time he entered North Dakota State University, he was also a heavy partier.

One night he drank too much and woke up in jail. It was an alarming wakeup call to a young man who had never once been sent to the principal’s office.

“I can just remember feeling so much shame and guilt,” he said. “I was in a completely broken and hopeless place, and I could only blame myself.”

That’s when he followed his grandmother’s advice and visited a pastor she knew. “The first thing he told me is something I will never forget,” Balster recalled. “He told me that ‘God has already forgiven you.’”

“My biggest advice for sharing God’s transforming love in Jesus Christ is to actually do stuff that shows God’s love,” he said. “And I am not perfect at this by any means. I am still working on showing people sacrificial love. By doing that, people can get a glimpse on Christ’s sacrificial love for them.” 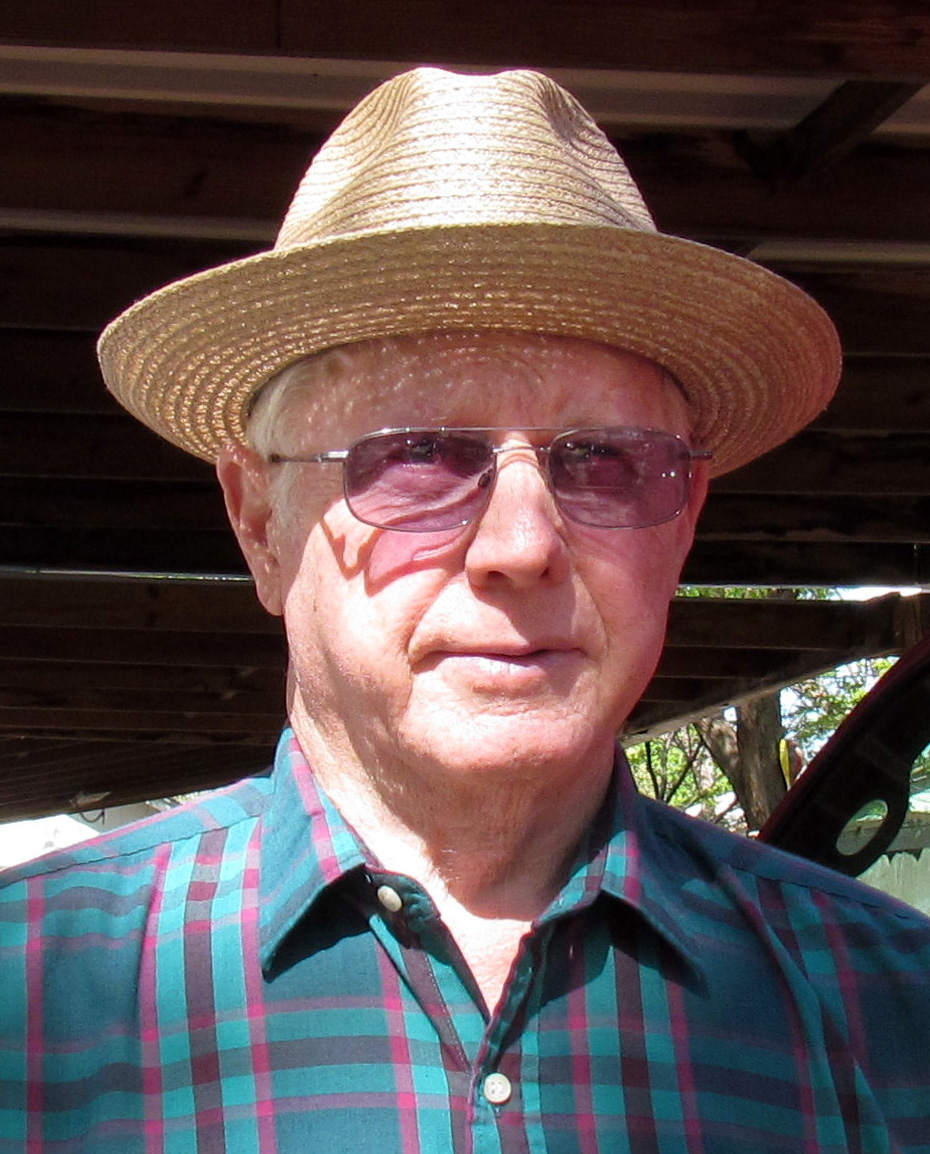 Ed Hatcher: Don’t give up

Ed Hatcher, a Great Plains Conference award recipient, has engaged in just about every ministry he can at Haysville United Methodist Church in Kansas. He has traveled across the state to clean up after a tornado, served meals with Hayesville United Methodist Men and donned a costume to teach vacation Bible school.

He also joined and later led the congregation’s Evangelism Committee. Not the best at talking to people, he said his real expertise was in organizing events. That’s how the retired school maintenance worker helped his church reach new people.

“We tried all sorts of things, and some didn’t work very well,” he said. He remembers when his church tried “friend-gilism” — encouraging members to invite their friends. The church saw few results.

What did work was an outreach booth at the community’s annual fall festival. “I had at least two people tell me their families became members because of that fall festival.”

Bishop Richard C. Looney likes to joke that he “flunked retirement.” After he retired from the denomination’s highest clergy position, he returned to his pastoral roots.

More about the Award

The Harry Denman Evangelism award bears the name of the foundation’s founder and former top executive of the denomination’s Board of Evangelism, now part of the United Methodist Discipleship Ministries.

For his refusal to be retiring in sharing the faith, the Foundation of Evangelism named Looney its 2014 Distinguished Evangelist.

Nevertheless, Looney admits that he too has struggled at times with how best to evangelize.

“I think the essence of it is just to remember that it’s good news,” he said. “It’s not about me and it’s not about trying to manipulate the other person. It’s just sharing the fact that God loves them and God can make a difference in their life.”

He likens evangelism to the three daily bugle calls he gave as a Boy Scout. At its best, evangelism can offer people a wakeup call to new beginnings, a call to spiritual nourishment and a call to rest, with the promise of resurrection.

“If we realize what we’re offering people, it becomes not a chore but a joy,” he said. “The pressure is not on us. …God already has made the first move.”