Focusing on five root causes of world hunger could lead to its eradication by 2030, according to the United Methodist-supported Bread for the World Institute.

Also, the percentage of American households suffering from hunger has decreased for seven straight years to 11.1%, down from a peak of 14.9% in 2011, according to a report from Bread for the World released Sept. 4 based on statistics from the U.S. Department of Agriculture.

“We’re not going to stop (the fight against hunger),” said the Rev. Allison Mark, senior pastor of Faith United Methodist Church in Torrance, California, and a board member of Bread for the World, which is based in Washington, D.C. “I think that’s something really important.” 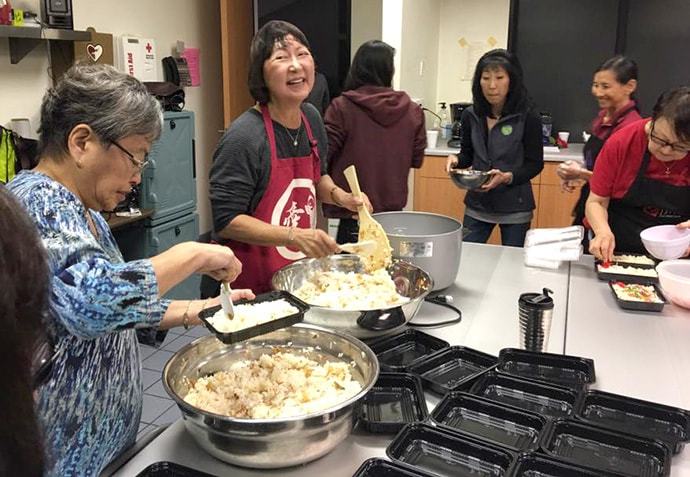 “Too many people are struggling,” she said. “They’re our next-door neighbors. They’re students at the college. They’re all over the place that we’re missing.”

The governments of 193 nations, including the U.S., adopted in 2015 the goal of ending hunger and malnutrition by 2030. In a report released Aug. 29, Bread for the World listed five areas that could, if addressed, lead to accomplishment of this goal.

The “Back to Basics: How to End Hunger by 2030” report says that world hunger could be wiped out if there were better access to nutritional food; more jobs that pay enough to afford groceries; better success at bringing peace and justice to the world; women being more empowered; and solid progress being made against climate change.

“Ending hunger will take more than donating to food pantries or providing aid to communities and countries affected by natural disasters,” said Asma Lateef, director of Bread for the World. “While these are important and necessary, we can only end hunger by addressing root causes. To do that, everyone — governments, private businesses and individuals — needs to play a pivotal role.” 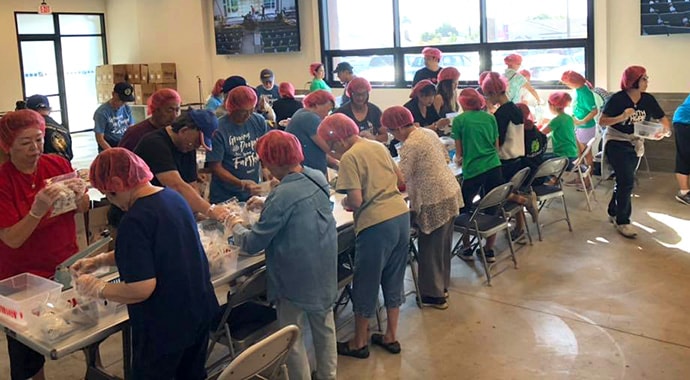 ● Nutrition is a lifelong need for everyone, but is especially important at the beginning of life. Poor health, difficulty learning and lower productivity hound adults who don’t get enough nutrition in utero and after birth. Improvement in agriculture and cost-effective nutrition for pregnant women would pay major dividends in reduced health care costs down the line. Doctors and other healthcare professions could make a big difference by advocating for federal nutrition programs.

● Jobs that pay well enough to afford nutritional food are necessary to combat hunger. To do that, successful nations usually diversify their economies, which generally starts with growth and modernization of the agriculture industry. That leads to more job opportunities in manufacturing and services as the economy improves.

● Equality for women is necessary to wipe out hunger. The productivity of women farmers, who produce much of the food in low-income countries, is affected by inequality. Many are expected to do the majority of the housework, some in low-income households without electricity or running water. Investments in education for women could be a big step toward ending the cycle of intergenerational poverty.

● War and conflict tend to increase hunger. Armed conflict quickly wipes away any progress that has been made. Today, nations at peace are making progress against hunger while those at war are dragging behind. Noncombatants need the help of the global community and national governments to stay fed. Conversely, the presence of hunger can easily lead to conflicts.

● Climate change may prove to be worst impediment to eliminating hunger. According to a 2018 report by the United Nations Intergovernmental Panel on Climate Change, time is running out before catastrophic impacts will be felt, including the displacement of hundreds of millions of climate refugees. In 2017, drought and other extreme climate events led to food crises in 23 nations. 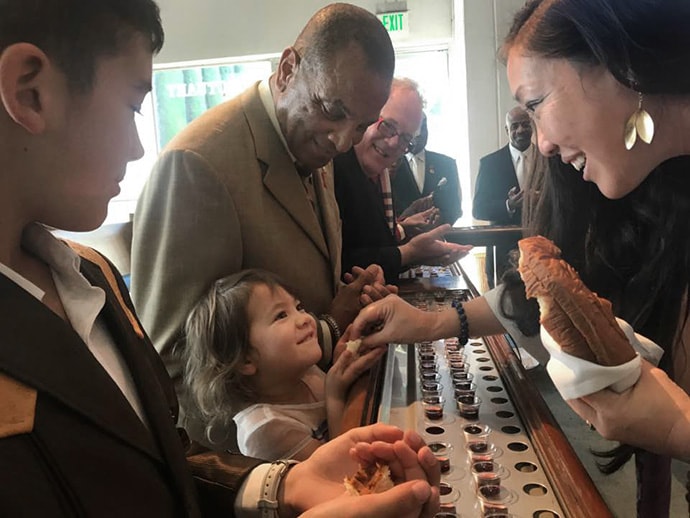 The Rev. Allison Mark (right), senior pastor at Faith United Methodist Church in Torrance, Calif., serves communion to a young girl. Photo courtesy of Faith United Methodist Church.
“Bread for the World caught my attention because of the lobbying efforts they do and the advocacy,” Mark said. “Maybe at this pivotal time in our history … instead of being complacent, people are going to start to take action.”

Ending world hunger by 2030 is literally possible, not a pipe dream, said the Rev. David Beckman, president of Bread for the World.

“What’s required is the political will to make it happen,” he said. “It’s up to all of us to tell our elected officials that we want them to make ending hunger a national priority and to elect officials who share our commitment.”

Special-needs childcare center operates in a crime-ridden neighborhood in Cape Town, South Africa. A United Methodist pastor offers support for the school, which holds a special place in her heart.
Poverty

Each Sunday for 17 years, Heritage at Houston United Methodist Church has served breakfast to anyone who has walked through the church's doors.