In theory, the governance of The United Methodist Church resembles what you find in a U.S. civics textbook.

Like the United States, the denomination has three roughly equal branches of government outlined in its constitution.

General Conference, which meets every four years, tops the church legislative branch with lawmaking authority "over all matters distinctly connectional." The Council of Bishops, with some limitations, leads the executive branch. And topping the denomination's judiciary is the nine-member Judicial Council.

The denomination's 13 general agencies exist to carry out the mandates of General Conference and provide resources for annual conferences and local churches.

But to hear some United Methodists tell it, a handful of Judicial Council rulings this year have turned the denomination's polity on its head and made the top church court the most powerful branch in church government.

"In my view, the Judicial Council has become focused on their power to override the legislative process rather than looking for ways to support legislation," said Joe Whittemore, a North Georgia Conference lay delegate to the last six General Conferences. 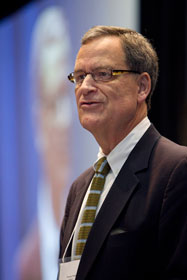 Other United Methodists disagree. The Judicial Council, they contend, is doing only what the denomination's constitution requires of it: Deciding whether actions referred to it pass constitutional muster.

"The council is charged with ruling on constitutionality," said the Rev. Thomas E. Frank, a historian of Methodism and professor at Wake Forest University in Winston-Salem, N.C. He is also the author of Polity, Practice, and the Mission of The United Methodist Church. "If legislation doesn't fit the constitution, the Judicial Council is supposed to say so."

Whether secular or ecclesiastical, an independent judiciary has at its root the principle that "the rights of the minority must be taken seriously," said Lawrence.

It should be noted the Judicial Council in each of these cases comprised a slightly different group of people.

A bit of Judicial Council history

The Judicial Council is the relative new kid on the block in Methodist church governance.

The Methodist Episcopal Church South, one of the denomination's predecessor bodies, established the Judicial Council in 1934.

But talk to church historians, and they will tell you the Judicial Council has played a key role in bringing - and possibly keeping - the church together.

Before the 1930s, the Methodist movement in the United States relied on only two constitutional bodies to adjudicate questions of law - General Conference and the Council of Bishops.

That posed a problem whenever the two bodies came into conflict. Most significantly, that happened in 1844 when a Methodist Episcopal bishop acquired slaves through marriage. The Rev. William B. Lawrence, Judicial Council president and professor of American church history, said the young denomination faced two questions:

Ultimately, the church split mainly over the issue of slavery, but questions of church balance of power played a role as well.

"Many of our schisms occurred because of either erring on the side of too much power for the bishops or too much power for General Conference," said the Rev. Tim McClendon, a South Carolina district superintendent who has taught church polity at Emory University's Candler School of Theology. "Hence, we have the creation of a supposed neutral body that we call the Judicial Council. The dissatisfaction among many today with the JC is natural and expected, but, by no means, rises to the level of angst that precipitated the creation of new denominations."

General Conference elects Judicial Council members, who serve without pay, for eight-year terms. The Plan UMC decision was handed down by the court of the 2008-12 quadrennium, including four members whose terms expired at the end of General Conference.

The Judicial Council also has alternates for when a member is not available. Because of the illness of one member, an alternate took part in the October deliberations that reviewed guaranteed appointments, and a different alternate participated in November's decision in Bledsoe's case.

While each ruling attracted attention, by far the most discussion in 2012 has revolved around the Judicial Council's actions on agency restructuring and clergy appointments.

The vote on Plan UMC followed more than a year of discussion among church leaders about reconfiguring the denomination's agencies. Supporters of the Call to Action restructuring plan and the alternative Plan B developed the Plan UMC compromise legislation during General Conference after no comprehensive plan to consolidate agencies made it out of committee. The plan would have established a General Council for Strategy and Oversight to oversee the work of six of the denomination's agencies and consult on the budget of seven.

The Judicial Council ruled in Decision No. 1210 that under Plan UMC, General Conference delegated authority that should remain only with the lawmaking body.

The court also ruled that the establishment of a General Council for Strategy and Oversight under Plan UMC would intrude into the constitutional authority of the Council of Bishops for general oversight of the denomination.

The ruling had some precedence. In Decision 364, the Judicial Council overturned part of the 1972 legislation establishing the former General Council on Ministries, saying it gave that new body authority that the constitution reserves for General Conference.

The Judicial Council typically cannot rule on hypothetical actions. But there are exceptions that might have applied in the case of Plan UMC and permitted the court to act before the last day of General Conference, said Sally Curtis AsKew, a former Judicial Council member and now its clerk.

The Council of Bishops, which endorsed the original Call to Action restructure in November 2011, can ask the Judicial Council at any time to review proposed legislation. Likewise, the General Conference itself can refer proposed actions to the Judicial Council, which is in session throughout the assembly.

Whittemore noted that unlike Plan UMC, a General Council of Ministries with more proscribed authority did become part of the denomination's structure. 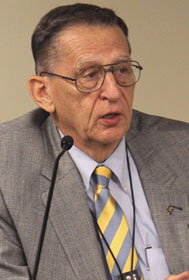 Joe Whittemore
A UMNS photo by Vicki Brown/
Board of Higher Education and Ministry.

Whittemore, who helped develop the Plan B restructuring proposal and later Plan UMC, said, "Plan UMC was not impossible to 'fix' if there had been the will to do so. Our Judicial Council should make every reasonable construction of provisions passed by the General Conference to save the legislation from unconstitutionality."

Frank, however, said the rulings on general church structure and security of appointment were "right on the mark." He attended the 2012 General Conference as an observer.

"If people want The United Methodist Church to have some other kind of system, then amend the constitution — don't blame the Council charged with upholding the constitution we have," he said.

The Rev. Keith Boyette, a member of the 2000-2008 Judicial Council, said he would have found Plan UMC constitutional. Boyette, a pastor and attorney, was an alternate delegate to the 2012 General Conference from the Virginia Conference.

"Nonetheless, the then-current members of the Judicial Council unanimously held Plan UMC unconstitutional, as was their right."

The church court is no stranger to accusations of judicial activism, Boyette said. That charge "always seems to issue forth from those who come out on the losing end of a controversial case decided by the Judicial Council."

Looking ahead to reform

While feelings are mixed about the various Judicial Council rulings in 2012, just about everyone agrees The United Methodist Church needs reforms. The church is growing worldwide but for decades has experienced declining numbers in The United States.

Garlinda Burton, the outgoing top executive of the United Methodist Commission on the Status and Role of Women, was a critic of all the restructuring plans. But she, too, sees a need for agencies and other church bodies to change. Her agency is in the early stages of exploring a potential merger with the United Methodist Commission on Religion and Race.

"I think there is too much authority and not enough responsibility in different places," she said. "I think restructure is necessary, and I think there does need to be not a chief executive officer but some sort of coordinating entity that really does coordinate and hold people accountable."

The role and history of Judicial Council

"Executive leadership is so diffused as to be virtually powerless," he said. He suggested the Council of Bishops needs to be more empowered to give the "general oversight" required by the denomination's constitution.

Mary Brooke Casad, a General Conference delegate from the North Texas Conference and outgoing executive secretary of the denomination's Connectional Table, sees reasons for hope at the local church level.

She was one of the early supporters of the Call to Action proposals. She also was a member of the episcopacy committee that voted to compel Bledsoe's retirement.

"The most important changes in our denomination will not result from legislative action," she said. "The important emphasis that has been affirmed by General Conference on creating vital congregations gives me hope. I'm sensing a groundswell from the grass roots of doing church and being church in a relevant way for the 21st century."