A web-only design by Wordle/Kathleen Barry.

Two proposals hover near the top of the controversy list as The United Methodist Church approaches this spring's General Conference.

The first would restructure the denomination, including consolidating nine of the church's 13 general agencies under a 15-member board.

The second would end job guarantees for ordained elders in good standing.

The 2012 General Conference, the denomination's top lawmaking body, will have final say on the proposed changes when it meets April 24-May 4 in Tampa, Fla. However, the proposals already are drawing scrutiny from United Methodist groups across the theological spectrum, and those groups will be out in force at General Conference to advocate their points of view.

Both proposals aim to address four decades of declining United Methodist membership in the United States. Legislation to restructure the denomination originated with the Call to Action process. The Study of Ministry Commission drafted the legislation to alter "security of appointment" for elders, a move endorsed by Call to Action leaders.

"I don't think there is any question that the restructuring proposals and the entire ministry report, of which security of appointment is one piece, will be some of the primary places of debate," said the Rev. Robert J. Williams, the chief executive at the United Methodist Commission on Archives and History.

Almost everyone agrees the denomination needs to change. Where views differ is how best to go about it.

In general, leaders of the denomination's unofficial progressive groups fear the recommended restructuring will lessen the church's commitment to ethnic diversity and minimize programs that foster church growth, particularly among people of color. 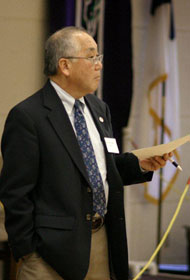 The recommended restructuring "isn't United Methodist, and it isn't Wesleyan," said Donald L. Hayashi, who worked with the Methodist Federation for Social Action, a denomination-wide progressive caucus, in drafting an alternative reorganization that has been submitted to General Conference. Reconciling Ministries Network, another progressive caucus, also supports the alternative plan.

Meanwhile, leaders of unofficial evangelical groups see the restructuring as a cost-saving measure that will put more focus on local congregations. "We believe that a lot of the proposals are moving us in the right direction," said the Rev. Thomas Lambrecht, vice president and general manager of denomination-wide evangelical caucus Good News.

Although often on opposing sides, some progressives and evangelicals share misgivings about legislation to eliminate "security of appointment" for elders in good standing. In The United Methodist Church, bishops and their cabinets are responsible for appointing clergy to congregations and other ministries.

"We're concerned that pastors (might) become vulnerable to arbitrary decisions on the part of bishops and cabinets," Lambrecht said.

The two proposals come after a number of studies over the past four years showing that the denomination's status quo is unsustainable.

While The United Methodist Church is growing worldwide, particularly in Africa and the Philippines, the U.S. membership has declined by 29 percent since 1968, going from 10.7 million members to fewer than 8 million. The U.S. membership still provides most of the denomination's financial support.

The initial legislation to restructure the denomination's agencies came out of the multiyear Call to Action process, initiated by the Council of Bishops and Connectional Table to "reorder the life of the church."

The hope is that the consolidation will eliminate walls of separation, competition for responsibilities and redundant activities among the agencies, said Illinois Area Bishop Gregory V. Palmer, a leader in the Call to Action process. A "more nimble, cost-effective and focused" agency structure would in turn help annual (regional) conferences foster more vital congregations, he said.

However, Hayashi - who is also president of the National Federation of Asian American United Methodists - said the proposed reduction of agency governing boards from more than 400 people to 15 would "effectively eliminate racial/ethnic leaders on the agency boards," he said.

"United Methodist agencies mandated to monitor race and gender discrimination would disappear and the five ethnic plans approved by General Conference would not have the capacity to continue providing leadership training, continue developing new congregations and (continue) revitalizing existing ones."

He pointed out that that ethnic minorities, particularly Latinos, account for the greatest population growth in the United States. "They are younger and more family-oriented," he said. "This offers the greatest opportunity for church growth, but they don't offer high income. Will they be a priority?"

Reducing the size of boards and agencies can help local congregations by reducing what they pay to support the general church, said Patricia Miller, executive director of the Confessing Movement Within the United Methodist Church, an evangelical caucus. 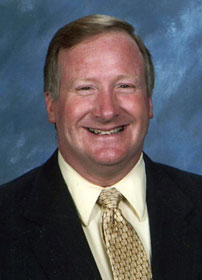 The Rev. Steve Clunn
A UMNS photo courtesy
of the Methodist Federation
for Social Action.

Progressives and evangelicals do share some concerns about the restructuring. Leaders of both Good News and Methodist Federation for Social Action criticized the Call to Action plan for not offering enough representation to church members in the central conferences - church regions in Africa, Europe and the Philippines.

In the proposed legislation, the board of the newly created United Methodist Center for Connectional Mission and Ministry would be accountable to a 45-member advisory board called the General Council for Strategy and Oversight. This council would replace the 60-member Connectional Table, which coordinates the denomination's mission, ministries and resources.

The legislation designates that the 45-member council board should include one member from each of the seven central conferences. The board's 41 voting members also will include five bishops, five members the denomination's ethnic caucuses, three representatives from the Advisory Committee on Ministries with Young People and 21 members elected from jurisdictions in proportion to their jurisdictions' membership.

"You have the Southeastern and South Central jurisdictions getting the lion's share of the vote," said the Rev. Steve Clunn, Methodist Federation for Social Action's coalition coordinator. "Either you're going to be representative across the board, which is fair, or you're going to create power blocks, which this does."

"I am not sure the 45-member General Council is large enough to be actually representative of the church," he said. "We are a little bit concerned about the under-representation of the central conferences on that group."

Methodist Federation for Social Action and Good News also join together in panning proposed legislation to eliminate "security of appointment" - which is also known as guaranteed appointment - for ordained elders.

The Study of Ministry Commission, in its report, said the practice is not financially sustainable and "limits the ability of the church to respond to the primacy of missional needs." An earlier report estimated there are 784 more U.S. clergy than positions needed in the church. 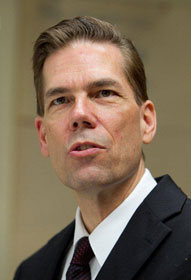 The Rev. Thomas Lambrecht
A UMNS photo by Mike DuBose.

The commission has submitted legislation that would allow bishops and cabinets to give an elder in good standing a less than full-time appointment. The legislation also would permit bishops and their cabinets, with the approval of their boards of ordained ministry and annual (regional) conference's executive session, to put elders on unpaid transitional leave for up to 24 months. Clergy on transitional leave would be able to participate in their conference health program through their own contributions.

Lambrecht said he fears the current legislation offers too few protections for clergy.

"At Good News, over the years we've become aware of numerous stories of pastors who are either arbitrarily denied an appointment or appointed to a much lower position simply because the bishop or (district) superintendent didn't like their theology," he said.

"For us, the big question has been: 'Why do we give more power to bishops in terms of appointment of clergy, when they are not using the power they have now?'" he said. "If there are clergy who are ineffective now, they have the right and responsibility to take that to the (conference) board of ordained ministry to work on to either help that clergyperson become more effective or to help them find a new vocation."

The legislation changes the current process by stripping a conference's clergy "the final say in terms of voting whether a clergy person is removed or retained or in good standing or not," he said.